Silva Kashif is a 16-year-old girl who lives in South Sudan. In November, 2009, she was seen in a Khartoum marketplace by a plainclothes policeman. He arrested Silva and took her immediately to a local sharia court.  Within 90 minutes, she was tried, convicted and sentenced for offending public morality. Silva’s offense – wearing a skirt that Silva said was below her knee.

Under a strict version of Islamic law (sharia) her public appearance was considered indecent by the morality police. Silva received 50 lashes as punishment, which was carried out immediately by a female police officer in the courtroom. She reported being whipped on her back, hands and legs. 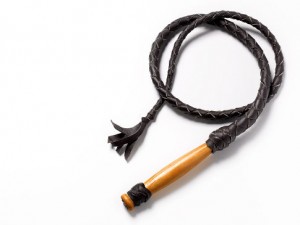 Sudan applies Islamic law in the Muslim north, but it’s not the same in the  south. Under a 2005 agreement between the  north and Christian south, sharia does not apply to Silva as a Christian living in the South. Her mother hired a lawyer to file suit against the police and the judge. She alleges that Silva’s rights were violated by prosecuting her in her parents’ absence and by lashing a minor.

How do you think this would go over in the United States? Would it offend the First Amendment? What freedom guaranteed under the Bill of Rights protects you from cruel and unusual punishment? Do you have a right to your parent’s presence when arrested?

For more about your rights when arrested, see:  http://askthejudge.info/can-i-get-in-trouble-by-using-the-phone/101/