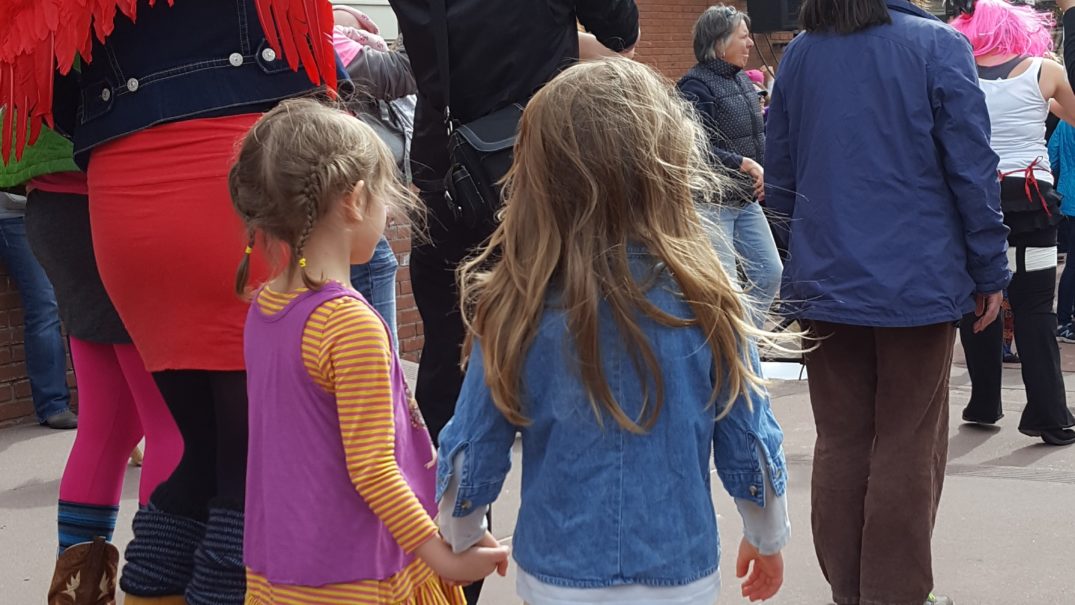 Nona Hungate is a 15 year old activist who very much cares about the direction and future of this country. She wrote a letter to the editor of her local newspaper about how a teenager can get involved and ultimately, make a difference even if she can’t vote yet. Listed below are the ways Nona is making a difference in addition to other action ideas for being part of the #resist movement.

“Don’t shut yourself up in a bandbox because you are a woman, but understand what is going on, and educate yourself to take your part in the world’s work, for it all affects you and yours.” ~Louisa May Alcott, Little Women, “On the Shelf,” 1869

You can replace “woman” in the quote above with “teenager.” The future is most important to youth today than the older generations as teens will be around the longest. Caring and learning about what happens to our citizens, immigrants, earth, economy and more will help cultivate engaged and productive communities.

Photo of two young participants at the One Billion Rising flash mob event in Flagstaff, AZ