Bullies too young to prosecute 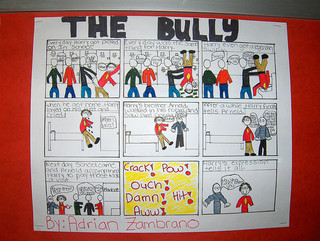 Bullying, whether the traditional school-yard shove or by cell phone or online, knows no age limit. We came across a story out of Ireland that raises an issue not previously considered. Can you be under the age of prosecution and therefore get away with bullying a classmate? In the United States, as well as most other countries, age limits exist that a child must be before they can be formally charged with a crime. In other words, an eight year-old boy who injures a classmate may be considered too young to prosecute in a court of law. That doesn’t necessarily mean that he is free of all consequences. He may be subject to civil laws regarding dependency and, as a result, come under the jurisdiction of the juvenile court for services.

In 2010, a 10 year-old boy and his South African family moved to Ireland. It didn’t take long before he was teased about his accent which the boy took efforts to hide. The taunting escalated away from school when his house was pelted with eggs and a Facebook account was set up to make fun of him. The incidents were reported to school officials who did little to end the bullying. The school board wrote to the parents explaining that “It has been clearly and undeniably confirmed that the cyber-activity, related to Facebook, and the allegations or indications of bullying by a defined number of children did not take place during school hours.” The board concluded by telling the parents that they would try and ensure their son was not bullied while in school. 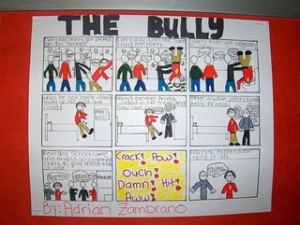 The school passed on the responsibility to act in this case to law enforcement. However, there is little the police can do since the legal age of responsibility in Ireland is 12. Younger children who break the law are handled by their parents, counselors, therapists and the like. The boy’s father, Gerry Dalton, commented that he was disappointed the Facebook posts were being treated separately from the whole picture including the bullying at school. Mr. Dalton removed his son from the school.

Do you think this is right? Should bullies be free from facing a judge or going to court because he or she is 10 or 11 years-old? What should be done with young students who bully others on or off-campus? We’ve made this comment before, but does there always need to be a law to accomplish something? Schools spend a lot of time investigating the behavior of their students. Now they have to determine whether the cyberbullying was done away from school or at school or on school equipment.

This is wasting resources and the already limited funds available for education. Maybe schools should consider entering into an agreement at the beginning of the school year with parents and their kids about consequences for cyberbullying, regardless of where it occurs. If the abusive, mean-spirited speech affects a student at the school, the school can impose appropriate discipline. Parents who disagree with this can opt out and their kids won’t be included. This is similar to other opt-out programs at school: sex education, condom distribution, Bible study as part of social studies, etc. Just a thought. The benefit: immediate consequences, fewer lawsuits and protracted litigation, and fewer issues for teachers to face that distract from their true profession.

In May, 2012, the Harlaxton State School in Australia sent a message home to its students that anyone under age 13 with a Facebook account needs to close their account. The principal wants the students to abide by Facebook’s age limitation for users which is 13.  Principal Leonie Hultgren warned her students that they may be called to her office to discuss continued enrollment if they refused to opt out of the social networking site. Hultgren’s decision is based on her concern about bullying and its effect on her students and staff.