Bullying victim survives and then some 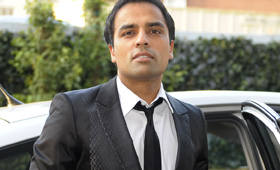 Gurbaksh Chahal came to the United States from India when he was four years old. His family settled in California, a place that Gurbaksh called a “wild, wild west for minorities.” The teasing began as soon as he started school wearing the tradional head covering for Sikh children. He was also a chubby kid who had a love-hate relationship with Twinkies.

Gurbaksh dropped out of high school at 16. He was fascinated with the Internet and online advertising. The concept of a “click” led him to founding a company in 1998. Two years later he sold it for millions of dollars. He then started an online advertising network in 2004 and sold it to Yahoo three years later. The 29 year-old is now busy with a new company that leverages social data on the Web.

When asked about the bullies in his early years, Gurbaksh stated that “My focus was to think: ‘Ok, I’m not going to have the most friends, be prom king or the most popular student — but so what?’ I fell in love with the Internet, with business and the idea of being in control and knowing that my destiny was in my own hands. I became more determined than ever to succeed.”

His family was the solid foundation that supported his development and spirit to succeed. “I’m inspired by … my family. When my parents were working, my grandmother was their equivalent. There was a sense of belonging at home, even though at school I was told differently. My grandmother would always comfort me and say it’s all going to work out one day. As a kid it made me realize: ‘Maybe she’s right, maybe it will.’ The DNA of having discipline, ambition, making someone else proud and believing in yourself doesn’t have to come from business, it can come from nurturing.”‘

If interested in reading more about Gurbaksh, his memoir, The Dream, was published in 2008.