It’s not just carbonated drinks and cupcakes that are off-limits at many middle schools – the ban has grown to include playing tag on the playground and yes, even hugging a friend.

13-year-old Megan Coulter, an 8th-grader at Mascoutah Middle School in Illinois hugged two friends goodbye last Friday.  In doing so, she violated the school’s policy prohibiting any “display of affection” on the school’s campus.  Megan served two days of detention and, after being challenged by her parents, the school district agreed to look into revising the policy. 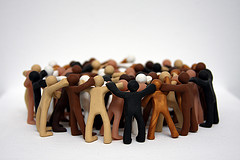 In October, 2007 an 11th-grader and his girlfriend were caught on camera while kissing on the school bus.  Both were expelled for the remainder of the year.  They are challenging the school’s action claiming an overzealous enforcement of a school rule. For details see the Blog posted January 30, 2008 about a kiss on the school bus:  http://askthejudge.info/kissing-on-school-bus-results-in-expulsion/188/

In November, 2011, 14 year-old Nick Martinez hugged a girl, at Southwest Middle School in Florida. “Honestly, I didn’t know because I didn’t think hugging was a bad thing. . . .I didn’t know you could get suspended for it.” But that’s what happened to Nick and the girl. They were each given a one-day in-school suspension and the incident may remain on their records. Nick’s mother plans to address the school board and pursue a change in the zero-tolerance hugging policy.

Other schools that have cracked down on PDAs [public displays of affection] include Fossil Hills Middle School in Texas [no holding hands or hugging]; Percy Julian Middle School in Illinois [no extreme hugging in hallways]; and Kilmer Middle School in Virginia [no physical contact including high fives].  In February, 2008, 14-year-old Chelsea Branham got detention for hugging a friend after school.  The PDA policy at Shepherd Junior High in Mesa, Arizona permits ‘small hugs’ – less than two seconds – longer hugs and kissing are against the rules.  Some students protested the policy by joining in a group hug across the street from the school.  In February, 2010,  West Sylvan Middle School in Oregon banned hugging at school.  A “culture of hugging” among the 7th and 8th-graders led to abuses including bullying by unwelcome hugs and attempts to arouse boys with lengthy hugs.

In October, 2012, Chase Middle School in North Carolina reportedly became a “no-hugging school.” It was determined that hugs were inappropriate behavior on campus and were disruptive to the environment. However, a few days later, the school put out a statement that there was no hugging ban. The principal did speak with some students about inappropriate displays of affection at school. The issue continues to be contentious in many schools across the country.

In December, 2013, a 6-year-old boy was suspended from school in Canon City, Colorado for kissing a classmate. He had kissed the same girl once before and the school considers it sexual harassment since it’s repeat behavior. Do you think a child this age can honestly form an intent to harass someone he’s attracted to? It’s debatable but some guidance is called for here by his parents.

What do you think about these new rules?  The hug has become a universal greeting, but is it acceptable in the school setting? What about other displays of affection like kissing or holding hands?  Should there be limits?

Discipline for hugging began as early as 2001 when Pequot Middle School in Minnesota gave two-hour detentions for three hugs in a day or four in a week.