What if I′m discriminated against based on my age, sex, or race? 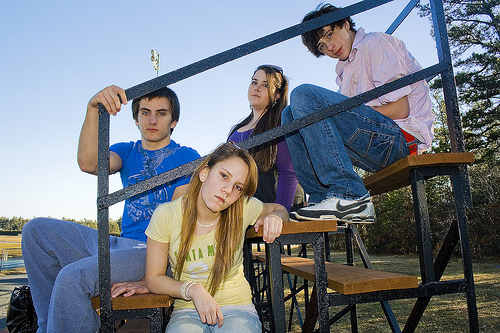 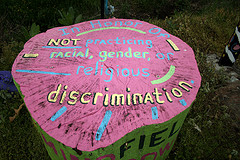 Discrimination is defined as treating someone differently based on something other than merit, such as race, age, or gender.You might know what it feels like to be singled out or treated differently. Maybe you′ve had an experience at school or work.

It′s true that teenagers can be and are discriminated against. It happens every day in many ways. For example, you can′t drive until you reach a certain age; you have to go to school between certain ages; and you can′t get married or hold certain jobs until you meet the age requirements. These are lawful restrictions based on your age. Whether at school, work, or in the community, age discrimination against teenagers and other minors is legal if it′s for a legitimate purpose.

In some situations, males may legally be treated differently than females. One example is the military. Although men and women may enlist in the military, most combat positions are restricted to men. 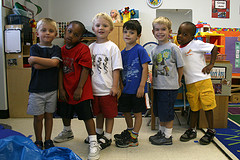 At school, most gender-based discrimination has been eliminated. Classes, clubs, and organizations are integrated. Team sports have also opened up over the years to include both genders, with some ongoing debate about contact sports such as wrestling and football. Title IX is part of a federal law that bars sex discrimination in schools and colleges that accept federal funds, which includes most schools.

Federal and state laws have eliminated discrimination in the workplace based on race, religion, gender, and disability. Certain age restrictions are still allowed (for underage minors and the elderly). Also, employers may pay employees different wages based on job performance and length of employment.

Over the past five decades, discrimination based on race has been declared illegal in all aspects of society. The landmark Supreme Court decision in Brown v. Board of Education* declared the “separate but equal” doctrine unconstitutional. This ruling abolished separate schools for white and African-American children. It′s now illegal to discriminate on the basis of race regarding housing, public health care, public welfare services, and the military.

If you feel that you′ve been unlawfully discriminated against, talk with your parents. Your rights are important—no one should be allowed to violate them.Your state attorney general′s office may have a civil rights division. Give them a call for information and assistance.

Equal Opportunities by Fiona MacDonald (Walrus Books, 2006). Written for teens, this book explores the treatment of minority groups in the United States and around the world.

More Than a Label by Aisha Muharrar (Free Spirit Publishing, 2002). Written by a teen and for teens, this book encourages young people to stand up for themselves, understand others, and consider how labels define, limit, stereotype, and hurt.