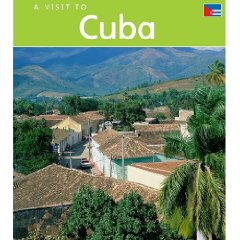 iVamos a Cuba! (A Visit to Cuba) is a children’s book that was on the shelves of an elementary school in Miami-Dade School District. In 2006, a parent objected to the book’s presence in his daughter’s school because of inaccuracies. For example, the book stated that “people in Cuba eat, work and go to school like you do.” The parent claimed that this ignored the realitites of the Communist regime under Cuba’s leader, Fidel Castro.

The school board conducted a hearing on the challenge and agreed to remove the book because of its content. A federal appeals court ruled that the school did not violate the First Amendment when it removed the book and, in November, 2009, the U.S. Supreme Court declined to hear the case. That means the lower court’s decision stands. Public schools maintain the authority, within reason and constitutional boundaries, to decide appropriate content in their libraries, yearbooks, newspapers and other forms of expression.

(Find out more about censorship and banned books at public school libraries.)