Foster kids and identity theft: who would have thought?

There are almost 500,000 children and teenagers in foster care, emergency receiving homes and shelters in the United States. At some point, usually age 18, he or she ages out of the system and starts their own life as an adult. Although a newborn is not required to obtain a social security number, many have one since their parents can’t claim the child as a dependent on their taxes without it. Few children, however, have a need for it until their later teens or early twenties.

Young adults leaving the foster system are discovering that thieves and hackers have used their social security number and racked up debt to the tune of thousands of dollars. For example, 21-year-old Dee Saint Franc of Rhode Island recently learned of $3,000 worth of delinquent bills to Verizon dating back to 1998. She discovered this when signing up for Internet and cable services. Dee was 8-years-old in 1998! 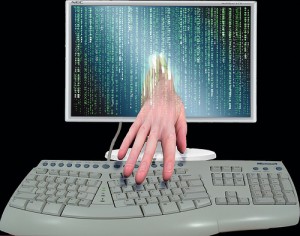 Studies into this issue show that foster children face higher rates of identity theft than anyone else. Their IDs are used to pay bills, take out loans or open credit accounts. A new federal law requires states to run credit card checks on foster children aging out of the system. The Foster Youth Financial Security Act of 2011* was signed into law by President Obama on September 30, 2011. It allows foster youth age 16 and 17 to receive free credit reports and assistance in clearing inaccuracies from their records. This way the issues can be resolved before the teen turns 18 and he or she can begin adulthood with a clean record.

If you are in foster care or have a friend or relative in the system, discuss this with them and contact the social worker assigned to the foster child to start the credit check process. For more information about the new law, click here.