Girls Only (on field hockey team that is)

A high school in Waynesboro, Pennsylvania has told Mat Levine, a sophomore, that he cannot play on the all girls field hockey team.

Levine decided to go out for the team since ice hockey is his favorite sport and his school does not have an ice hockey team.  The next best thing would be the female field hockey team.  Levine stated that the athletic director told him that boys don’t play field hockey and that he was concerned about the safety of the girls if he was allowed to play. 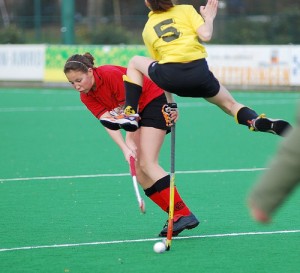 According to Levine, the athletic director also mentioned that Title IX does not entitle boys to the same rights as girls.  Title IX is a law that went into effect in 1972 to address sexual discrimination by working towards gender equality between men and women.  The new law created athletic programs for girls and women in school.  Prior to the passing of the law, only 1 in 27 girls played high school sports.

Do you think Levine should be allowed to try out for the field hockey team and play on the team if he makes it?  Should Title IX still be enforced in athletic programs since girls now make up 41% of all high school athletes, although they make up 49% of the total student population?  What do you think about girls playing on boys teams like football and wrestling?