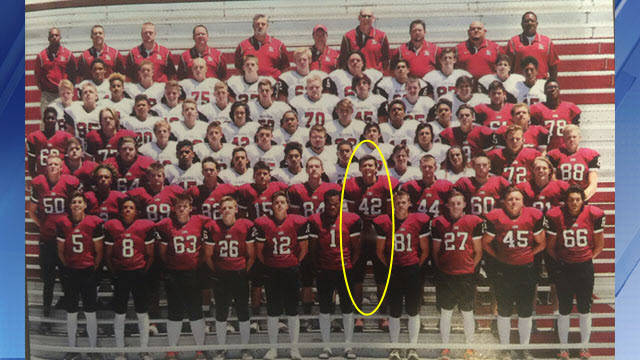 In August, 2015, team photos were taken at Red Mountain High School in Arizona. 18-year-old, Hunter Osborn, was a member of the football team. His teammates dared him to expose himself while standing with the team for their photo on the school bleachers.

Hunter accepted the challenge but it wasn’t discovered until after the yearbooks were printed and distributed the following April. The same photo appeared in programs sold at football games in the fall. On April 30, 2016, Hunter was arrested and faced numerous charges for exposing himself in public.

Soon thereafter, all charges were dropped since none of the parties involved desired prosecution. Hunter got a break this time and, hopefully, a valuable lesson. Had he been convicted as an adult, which he now is, a sex offense on one’s record carries a lifetime of consequences – whether intended or not.