How old do you have to be to get married? 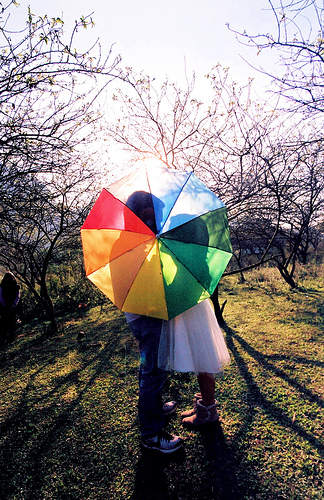 If you′re eighteen, you may marry without anyone′s permission. If you′re not eighteen, you′ll need permission from your parents or guardians and/or the court. States have different requirements about underage persons obtaining a marriage license. Some states also require a blood test* and counseling before issuing a license. 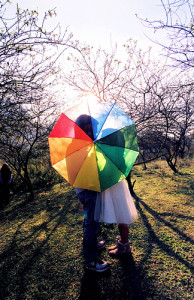 There may also be restrictions on who you can marry. Marrying certain relatives (siblings or first or second cousins, for example) is against the law, but exactly which other relatives varies among the states.

Update: On June 26, 2015 marriage equality in America became a reality. The Supreme Court ruled  5 to 4 in Obergefell v. Hodges that gay marriage is legal nationwide, not just in those states that had already legalized such. The bans in a dozen states no longer have any legal effect. You can read the history of the movement here starting with the first state to allow gay marriage in 2003. Due to the Obergefell decision in 2015, much of what follows in this post is historical.

Under current law, gay and lesbian couples may legally marry in California, Delaware, Hawaii, Illinois, Maine, Maryland, Massachusetts,  Minnesota, Iowa, Connecticut, Vermont,  New Hampshire,  New Jersey, New Mexico, New York, Rhode Island, Utah, Washington** and in the District of Columbia.  Additional states are considering their own gay marriage laws. A few states permit civil unions or domestic partnerships among gay couples. In California, voters overruled a legislative act allowing gay marriage (referred to as Proposition 8). Then in February, 2012, a federal appellate court reinstated the law stating that the passage of Proposition 8 violated the Equal Protection guaranty of the Fourteenth Amendment to the U.S. Constitution. In June, 2013, the U.S. Supreme Court dismissed the case on a technicality which, in effect, reinstates the validity of gay marriages in California. 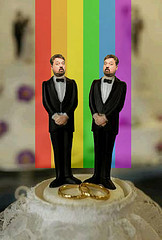 If you get married as a teenager, you may be emancipated under the laws of your state. If that’s the case, you’re considered legally free from your parents, and they are no longer responsible for you.  Some states, noting the high incidence of divorce, reinstate the parent-child relationship if a married teenager gets divorced and returns home.

As an emancipated, married teen, you should be able to obtain medical care on your own. And you may find it easier to enter into certain contracts and business relationships. Renting an apartment and obtaining credit may be easier, but the purchase and consumption of alcohol remains off-limits until you turn twenty-one.

In July, 2010 a federal court in Massachusetts ruled that the Defense of Marriage Act of 1996 (DOMA), a federal law, is unconstitutional.  The judge wrote that the law interferes with the right of states to define the institution of marriage.  He also found that the DOMA violates the equal protection clause of the Constitution by discriminating against gay couples regarding federal benefits.  The court found that gay couples deserve the same federal benefits as heterosexual couples.  The decision is limited to Massachusetts where the federal district court has jurisdiction.  However, there may be broader application as a result of expected appeals. In May, 2012, the First Circuit Court of Appeals in Boston upheld the lower court ruling stating that the Act discriminates against gay couples and is unconstitutional. On February 23, 2011, the Obama Administration instructed the Justice Department to no longer defend DOMA. The President took the position that key parts of the law are unconstitutional. You can read more about this announcement here.

On December 7, 2012, the U.S. Supreme Court agreed to hear a case challenging the legality of same-sex marriages. This is the first time they’ve considered the issue and a decision is expected in the summer of 2013. Update: On June 26, 2013, the U.S. Supreme Court ruled that DOMA violated the Fifth Amendment and was therefore unconstitutional.**

The DOMA was signed into law in 1996 by President Bill Clinton. In March, 2013, he wrote in The Washington Post the following: “As the president who signed the act into law, I have come to believe that DOMA is contrary to those principles and, in fact, incompatible with our Constitution.” He was referring to “the principles of a nation that honors freedom, equality and justice above all . . .”

On the lighter side: Pay attention to the marriage laws of your state. There are some unusual laws on the books as you’ll see in the following article, “Top 5 Dumb Marriage Laws.”

*As of October, 2010 only three states and the District of Columbia require blood tests: Mississippi, Montana and New York.