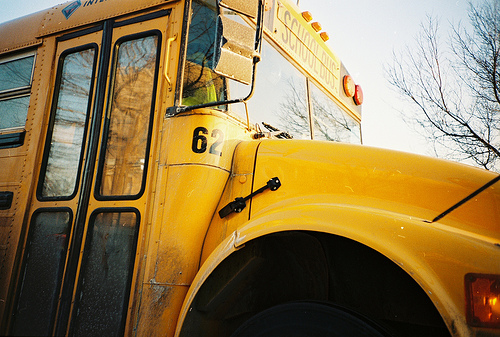 An Arizona school district is experimenting with wireless Internet on school buses. Bus No. 92  from Empire High School has been outfitted with a mobile Internet.

Instead of the usual behavior on the bus during long routes to and from school, students are quietly logging on in their seats. Teasing, shouting, punching and climbing over seats has been replaced with GarageBand (with headphones), checking email and doing research for homework assignments. 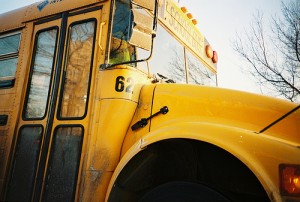 In 2005, the school district issued laptops to students instead of textbooks. More than 100 wireless access points exist in the 425 square mile district, including every classroom and on the football field.

J. J. Johnson, the bus driver, said “It’s made a big difference. Boys aren’t hitting each other, girls are busy and there’s not so much jumping around.”

More news:  In the Hector School District in Arkansas, buses are equipped with ceiling mounted screens that show math and science videos geared toward different age groups during the long bus rides to and from school. Students average two hours a day on the bus so they gain an additional ten hours each week of instruction. The students are a captive audience and bus drivers have reported much quieter rides and fewer incidents requiring discipline.