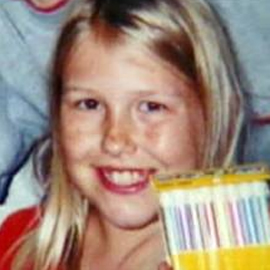 In June, 2009, the Supreme Court said that a search of a student at school requires a “reasonable suspicion of danger” before a search can make “the quantum leap from outer clothes and backpacks to exposure of intimate parts.”  The “danger” referred to means danger to other students from exposure to drugs or weapons.

This ruling concerned the strip-search of a 13-year-old honor student at Safford Middle School in Arizona. Savana Redding was suspected of having prescription ibuprofen in her possession. Nothing was found on Savana.

Two months later, five girls at Atlantic High School in Iowa were searched for $100 reported missing by a student in her gym class. While the student and a female counselor observed, four of the girls were required to remove all clothing except their underwear.  The fifth girl, age 15, was told to take everything off. The money wasn’t found on any of the girls. Their parents weren’t called in advance, nor was the school resource officer involved.

Iowa law authorizes student searches when there is reasonable grounds to believe that a law or school rule has been or is being broken.*   However, the law further states that a “student protected area” includes their body and that ” A school official shall not conduct a search which involves a strip-search.”** 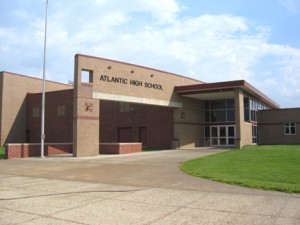 The school has the matter under investigation and one administrator has been suspended pending the outcome.  The families of the girls have spoken with attorneys and may be taking legal action.

In September, 2011, sixth-grade students at a public elementary school in the western state of Michoacan, Mexico, were forced to strip down when $13.00 disappeared. Mexico’s Human Rights Commission has the incident under investigation. Staff from the Commission have been sent to speak with the students and local authorities.

Then, in February, 2011, a strip search was conducted at the Eddie White Academy in Georgia. Three middle school students were suspected of having marijuana and were taken to the vice-principal’s office. They were searched and nothing was found. One of the boys named 7th-grader D.H. as having the drug on him. He was brought to the office and his bookbag and pockets were searched. Nothing was found and he was ordered to strip. He asked for privacy but was ordered to strip in front of the other boys. Again, no drugs were found. D.H. has since been taunted at school because of the Superman underwear he was wearing at the time of the search. D.H. filed a lawsuit in federal court in February, 2012 requesting compensatory and punitive damages from the school district. Although teachers aren’t expected to read lengthy Supreme Court opinions, wouldn’t it be wise for them to be aware of decisions that impact their profession? The Court condemned such searches at school in 2009 in another middle school strip-search case: Savana Redding v. Safford Unified School District.