James Tate and Sonali get to dance!! 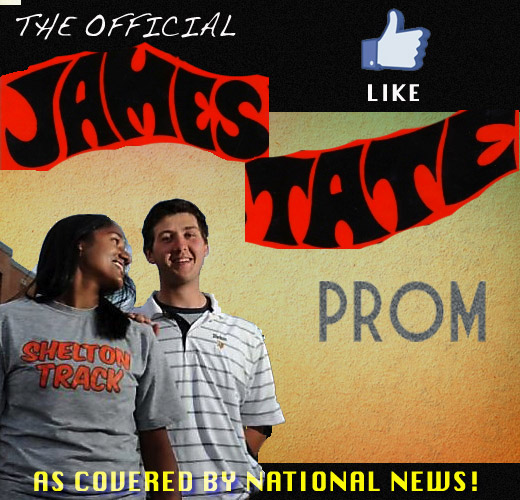 After a week of demonstrations, protests and viral Internet coverage, Shelton High School in Connecticut has reversed its decision regarding a ban placed on senior James Tate. A week ago Friday, James was suspended from school for a day and told he wouldn’t be going to his Senior Prom on June 4, 2011. The administration accused James of trespassing on school property by coming on campus around 1:00 a.m. and posting a cardboard invitation to the prom to his friend, Sonali. You can read the details here.

Word spread quickly and it wasn’t long before the media jumped on James’ fate. Close to 200,000 Facebook and Twitter entries were posted. A sit-in at the school resulted in the suspension of a few students. James was interviewed on radio and television. T-shirts proclaiming “Team Tate” and “Let James Go to Prom” became online items. An alternative “James Tate Prom” was in the planning. One of Connecticut’s two senators spoke out in favor punishment fitting the crime. 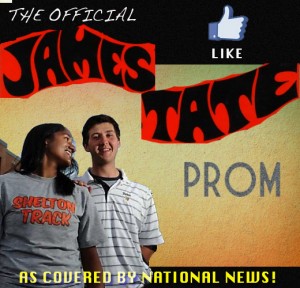 Today, May 14, 2011, a press release from the school announced that the discipline has been reversed. Whether this came about due to global pressure on the school by email, phone calls, editorials, etc. doesn’t really matter. What does matter is that common sense and cooler heads have prevailed. James and all students have learned a valuable lesson: rules are to be followed. However, punishment for breaking a rule should be in proportion to the infraction.

Watch the newscast from the June 4th Prom below. James and Sonali were crowned co-Prom King and Queen.