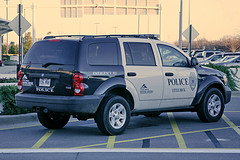 In March, 2013, South Dakota became the first state to pass a law that allows teachers and other school employees to carry guns while at work.

The law authorizes K-12 school districts, who choose to arm their personnel, to allow a school employee, a hired security officer or a volunteer to serve as a “sentinel” who can carry a firearm in the school. The school district must receive the permission of its local law enforcement agency before carrying out the program. The law requires the sentinels to undergo training similar to what law enforcement officers receive.

The bill was signed by the state’s governor on March 8, 2013 and goes into effect on July 1, 2013. After the Newtown, Connecticut shooting in December, 2012, close to two dozen states introduced similar legislation. However, South Dakota is believed to be the first state to actually pass a bill. Many school districts across the country have resource officers assigned to particular schools or who patrol several schools in the district.

Some towns have taken a different approach to the gun-control debate. For example,  a small town in Maine is considering (as of March, 2013) an ordinance that requires all residents to own a gun. Although the town’s population is approximately 140, such a law is questionable. Other communities have passed similar legislation but only recommending that their citizens arm themselves for protection. Do you think the Second Amendment was written as a mandatory requirement  to own guns? Would this be constitutional? Update:  At a town meeting on March 11, 2013, the council voted unanimously against the proposal. Even the council member who first suggested the ordinance voted against it. He stated that they made their point by raising the issue and letting the federal government know how they feel about the Second Amendment.

What are your thoughts about guns at school? Would you feel safer if your teacher had a gun with her in class? Or would you rather depend on the police or resource officer to have the guns? What do your friends say about this?