Teacher suspended for blogs about her students 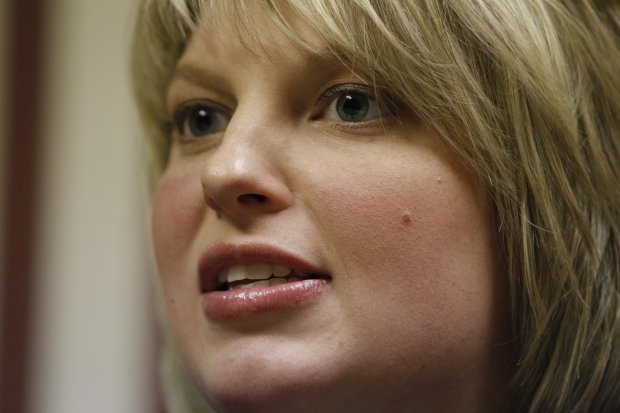 “My students are rude, disengaged, lazy whiners and generally annoying.”

“There’s no other way to say this: I hate your kid.” She referred to her students as “lazy,” “frightfully dim” and “rat-like.”

Natalie Munroe teaches English at Central Bucks East High School in Pennsylvania. She started in 2006 and after three years of dissatisfaction with her students, she started a blog in 2009. Whether this was the best way to vent her frustrations will be decided soon. 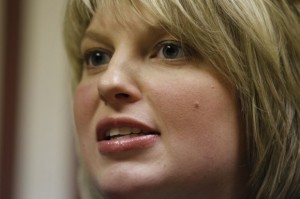 Munroe wrote the above statements and much more. Her blog was discovered by a student a year later. In February, 2011, she was placed on paid leave pending an investigation. The court of public opinion has weighed in with support groups on Facebook as well as others who favor her firing. Some of her peers, who experience the same frustrations with students, agree with calling kids out. Others see her online venting as unprofessional and immature.

What do you think? Does a teacher give up a degree of freedom of speech because of their position in the community? As role models to today’s youth, should a teacher tell the world how they feel about their students? Is it acceptable if they don’t name the students? In the Tinker case, the U.S. Supreme Court stated that students and teachers don’t surrender their freedom of expression at the schoolhouse gate. Does this apply to teachers who blog at home on their own computers?

Update: In August, 2011, Munroe was reinstated to her position at the school. School officials explained that she has a legal right to her job and that she would be watched closely. Some students requested that they not be placed in her English and debate classes which will be honored. See here for the story.

Then in September, 2015, the Third Circuit Court of Appeals ruled against Munroe. Although her comments constituted matters of public concern, “The First Amendment does not require a school district to continue to employ a teacher who expresses the kind of hostility and disgust against her students that Munroe did on her blog . . .” and thereby causes a disruption at the school.

In a similar case, a New Jersey first-grade teacher posted on her Facebook page that “I’m not a teacher – I’m a warden for future criminals” in March, 2011. Her message went out to over 300 Facebook friends. Jennifer O’Brien has taught at the school since 1998.  A judge ruled in November, 2011 that Ms. O’Brien can be fired from her tenured position. The state education commissioner has 45 days to accept, reject or modify the judge’s recommendation. Judge Ellen Bass stated that “O’Brien has demonstrated a complete lack of sensitivity to the world in which her students live. The sentiment that a six-year-old will not rise above the criminal element that surrounds him cuts right to the bone.”

In another case of teachers acting badly, a teacher with 18 years of experience participated in a classroom incident that was posted online. The 13-year-old eighth-grade student at Kopachuck Middle School in Washington was ganged up on by a dozen classmates while one videotaped it on her cell phone. This happened in February, 2012 but wasn’t disclosed until the video was seen in August, 2012. The boy was carried around the classroom, buried under chairs, written on with a marker and had his socks stuffed into his mouth. Mr. John Rossi was seen taking part in the fifteen minute episode. He was suspended for ten days without pay and transferred to a different school. The boy was traumatized, spoke to his parents about wanting to die and is receiving therapeutic counseling. The family has hired a lawyer and are asking for Rossi’s termination and a criminal investigation. Rossi denies any bullying intent explaining that it was routine roughhousing in the classroom that got out of hand.

In November, 2013, 47-year-old Teresa Badger, a first-grade teacher at Matthew Turner Elementary School in California, brought some marijuana-laced food to an after-hours employee potluck at school. Several colleagues complained of feeling ill or under the influence. One person took some of the leftovers home and her 15-year-old son ate it and became sick. In January, 2014, Badger was arrested and charged with three counts of poisoning.

In 2014, an assistant principal in South Carolina, took a photo of a kindergarten child he saw at Walmart. Apparently a comment on her weight, he posted it to Facebook with the caption “Honey Boo Boo in Walmart.” The six-year-old has health problems according to her grandmother. At first, Charles Fowler was placed on leave but following a community uproar about his deed, he resigned his position. What could he have been thinking?

In August, 2014, a high school teacher in Arizona took a taxi to Poston Butte High School. The reason? She  had been drinking the night before and didn’t want to drive herself. Commendable, right? However, when she was given an alcohol breath test at 2:00 pm and she tested .205, more than twice the state’s limit of .08. Kathleen Jardine taught math and had a history of alcohol problems. Math is hard enough to learn. Can you imagine trying to learn it from a drunk teacher?