The intent of Teen Celebrity Justice is to follow the legal events of celebrity teens and younger twentysomethings (20 to 21). We will also recognize some of the many teen artists in America and elsewhere. We wish them the very best in their careers and don’t want to see them with mug shots or on “Wanted” posters.

A future Talk Back forum will be held regarding the justice dispensed by the courts for high profile teens. If you get a scoop on a celeb in the news, let us know so we can add it to our site.

Jenelle Evans was arrested in August 2011 for violating her probation by testing positive for marijuana and opiates. The 19-year-old was originally placed on probation in April 2011 after pleading guilty to possession of drug paraphernalia.

In December 2010, Amber Portwood, one of the teen moms featured on MTV’s hit show, was charged with domestic battery and neglect of a dependent, both felonies, after hitting, kicking and slapping her ex-fiance and the father of her child on three separate occasions. If convicted, she faces up to three years in jail and a $10,000 fine. Amber also could lose custody of her daughter since she’s been charged with felony neglect of a dependent.

In September, 2007 Britney was charged with misdemeanor counts of hit-and-run and driving without a license. She allegedly hit a parked car in August, 2007 and left the scene. She faces a possible six months in jail and a $1,000 fine on each count.  Through her attorney, Britney has said she wants to make sure the victim is compensated for any damage to her car. (see Crimes and Punishment under Q&A on this site for discussion of felonies and misdemeanors). Britney’s mugshot has not been released to the public.

In addition to Britney’s criminal problems, she lost custody of her sons Sean (2) and Jayden (1) on October 1, 2007 to her ex-husband Kevin Federline due in part to her alleged lifestyle of drugs and alcohol.

Lindsay has had several health-related hospitalizations and been involved in a number of traffic accidents. In May, 2007 she was arrested for a misdemeanor DUI and entered a rehab program. She was arrested again in July, 2007 for felony possession of cocaine, DUI and driving with a suspended license. In August, 2007 she was sentenced to one day in jail, three years probation and 10 days of community service. In October, 2009, she was given an additional year on probation for missing meetings in her substance-abuse treatment program. We wish her the best in maintaining a clean life.

Update: Lindsay started missing her meetings and was back in court for violating her probation in 2010. In July, 2010 she was sentenced to 90 days in jail starting July 20.  After serving two weeks, Lindsay was released into a rehab program that she’s required to complete over the next three months.

In September, 2006 Paris was charged with DUI in California. She plead no contest (similar to guilty) to reckless driving and was placed on three years probation. In January, 2007 she was cited for driving on a suspended license. In February, 2007 Paris was charged with speeding, driving with a suspended license and violating her probation. In May, 2007 she was sentenced to 45 days in jail that she started in June, 2007. She served 22 days and was released. In August, 2010, Paris was arrested in Las Vegas, Nevada for possession of cocaine. She admitted the possession and lying about it to the police, and in September was found guilty of the charges. She was placed on one-year probation with 200 community service hours, a $2,000 fine and participation in a substance abuse program. Violation of  probation may result in a year in jail.

Nicole was arrested in California for DUI and driving on a suspended license in February, 2003. In December, 2006 she was arrested for DUI. She plead guilty and was placed on three years probation, ordered to spend 4 days in jail, and fined $2,000. Due to jail overcrowding, Nicole spent 82 minutes in jail before being released. In September, 2007 she signed up for an 18-month anti-drinking drivers-ed program that includes group counseling and alcohol education. 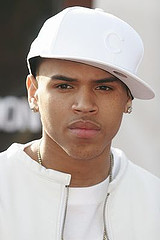 Chris was arrested in February, 2009 in Los Angeles, California following an assault on singer Rihanna in his car.  He was charged with felony assault and making criminal threats.  Chris plead guilty to one felony count of assault. He was sentenced  in August to 5 years probation, six months of community service, and is to stay away from Rihanna for the next five years. Any violations of his probation may mean prison time.

We wish the best to the following tweens/teens and twentysomething celebs – we don’t want to see any of them with a mug shot or criminal record:

Sarah Bolger (born February 28, 1991 in Dublin, Ireland) actress in The Spiderwick Chronicles, and In America, and on TV Showtime series The Tudors.

Jenna Boyd (born March 4, 1993 in Beford, Texas) actress in films The Sisterhood of the Traveling Pants, The Missing, The Ghost Whisperer, and numerous TV appearances.

Billi Bruno (born July 20, 1997 in Los Angeles, CA) actress in According to Jim, and in Brad Paisley’s music video Celebrity.

Madeline Carroll (born March 18, 1996 in Los Angeles, CA) actress in Swing Vote, and on TV in Cold Case and Lost among others.

Keisha Castle-Hughes (born March 24, 1990 in Australia) actress in The Whale Rider, The Nativity Story, and Star Wars: Revenge of the Sith.

Charlotte Church (born February 21, 1986 in Cardiff, Wales) classical and pop singer – Voice of an Angel, Enchantment, and Dream a Dream.

Gabrielle Cilmi (born October 10, 1991 in Australia) singer/songwriter with single Sweet About Me, album Lessons to be Learned, and music videos Save the Lies and Sanctuary.

Gaelan Connell (born May 19, 1989 in Washington, D.C.) actor in Bandslam, A Dirty Shame and Chocolat, some TV appearances and lead guitar in rock band Exist.

Ethan Dampf (born May 27, 1994 in Orange County, California) actor on TV in American Dreams, Judging Amy, Daddio and other appearances, and on film in Collateral Damage and Hanging Up.

Dakota Fanning (born February 23, 1994 in Conyers, Georgia) actress in The Secret Life of Bees, Hound Dog, I am Sam, Sweet Home Alabama, Hide and Seek, Charlotte’s Web, and War of the Worlds.

Elle Fanning (born April 9, 1998 in Conyers, Georgia) actress in TV and film, Daddy Day Care, I am Sam, Because of Winn Dixie, and Phoebe in Wonderland.

Dillon Freasier (born in 1996 in Texas) plays H.W. Plainview in There Will Be Blood.

Trevor Gagnon (born September 4, 1995 in Thousand Oaks, California) actor in film animation Fly Me to the Moon, and on TV in The New Adventures of Old Christine and Iron Jawed Angels.

Becca Gardner (born January 1, 1990 in Bellevue, Washington) actress in An Unfinished Life, and appearances on Grey’s Anatomy and The Practice.

Skyler Gisondo (born July 22, 1996 in Palm Beach, Florida) actor in Four Christmases, and a regular on the Bill Engvall Show.

Selena Gomez (born July 22, 1992 in Grand Prairie, Texas) actress/singer in Disney’s Wizards of Waverly Place, and Another Cinderella Story, and on TV in Barney and Friends plus numerous appearances; songs include One and the Same, Whoa Oh!, and Forever the Sickest Kids.

Zachary Gordon (born February 15, 1998) actor in Georgia Rule, The Brothers Bloom, National Treasure, Madagascar: Escape 2 Africa, and on TV’s All of Us, and How I Met Your Mother.

Mark Indelicato (born July 16, 1994 in Philadelphia, Pennsylvania) actor on TV’s Ugly Betty and commercials, and in films The Secret Life of Zack and Cody, and Hack.

Shaheen Jafargholi (born in Wales in 1997)  was a finalist in Britain’s Got Talent 2009, played Michael Jackson in the musical production of Thriller–Live, and at Michael Jackson’s memorial service on July 7, 2009 sang “Who’s Lovin You?”

Malcolm David Kelley (born May 12, 1992 in Bellflower, California) actor on TV’s Lost, Judging Amy, and My Name is Earl.

Demi Lovato (born August 20, 1992 in Dallas, Texas) actress on TV and in films Camp Rock, and Sonny with a Chance; singer with albums Don’t Forget and Here We Go Again.

Austin Majors (born November 23, 1995 in California) actor on TV in NYPD Blue, commercials and other appearances, and in film in An Accidental Crhistmas.

China Anne McClain (born August 25, 1998 in Decatur, Georgia) actress in The Gospel, and Hurricane Season, and on TV’s Hannah Montana.

Emily Jordan Osment (born March 10, 1992 in Los Angeles, California) actress/songwriter, on Hannah Montana show, Spy Kids, and Hannah Montana: The Movie (2009), and songs I Didn’t Think About It, and Once Upon a Dream.

Keke Palmer (born August 26, 1993 in Harvey, Illinois) actress in Barbershop 2, Akeelah the Bee and singer with debut album So Uncool.

Parker McKenna Posey (born August 18, 1995 in Los Angeles) actress on TV in My Wife and Kids, Nickelodeon and iCarly, and in the movie Alice Upside Down, and in Macy Gray’s video Sweet Sweet Baby.

Molly Quinn (born October 8, 1993 in Texarkana, Texas) actress in TV’s Castle, and in films My One and Only, and A Cristmas Carol.

Daniel Radcliffe aka Harry Potter (born July 23, 1989 in London, England) all Harry Potter movies since 2001, and in The Tailor of Panama with Pierce Brosnan; television – David Copperfield.

Sarah Ramos (born May 21, 1991 in Los Angeles, California) actress on TV in American Dreams, and Runaway.

Conner Rayburn (born April 7, 1999 in Nashville, Tennessee) actor in According to Jim, and appearances on Cold Case, Jim Almighty, Monk and others.

Saoirse Ronan (born April 12, 1994 in Ireland) actress in Atonement, and The Lovely Bones.

Grant Rosenmeyer (born July 3, 1991 in Manhasset, New York) actor on TV in Oliver Beene, with appearances on Curb Your Enthusiasm, and Monk; directed his own film, Fugue, that won Best Student Film at the Connecticut Film Festival in 2008.

Ryan Simpkins (born March 25, 1998 in New York City) actor in films Revolutionary Road, and Gardens of the Night, and in the TV movie Fallen Angel.

Ty Simpkins (born August 6, 2001) actor in Revolutionary Road, and the Family of Four, plus appearances on TV shows.

Kodi Smit-McPhee (born in Australia in 1996) actor in Romulus, My Father and The Road, and on TV in Dreamscapes: From the Stories of Stephen King.

Jaden Smith (born July 8, 1998 in Los Angeles, California) actor in Pursuit of Happyness, and The Day the Earth Stood Still, and on TV in All of Us.

twins Cole and Dylan Sprouse (born August 4, 1992 in Tuscany, Italy) Big Daddy, Grace Under Fire, and The Suite Life of Zack and Cody.

Erik Per Sullivan (born July 12, 1991 in Worcester, Massachusetts) actor in TV’s Malcolm in the Middle, and in films Cider House Rules, Unfaithful, and the voice of Sheldon the Seahorse in Finding Nemo.

Madylin Sweeten (born June 27, 1991 in Brownwood, Texas) actress on Everybody Loves Raymond, and in films The Christmas Path, A Dog of Flanders, and voice-over in Toy Story 2. (the three Sweeten photos from IMDB)

Sawyer Sweeten (born May 12, 1995 in Brownwood, Texas) actor with his twin brother on Everybody Loves Raymond.

Sullivan Sweeten (born May 12, 1995 in Brownwood, Texas) actor with brother Sawyer on Everybody Loves Raymond.

Lucas Till (born August 10, 1990 in Fort Hood, Texas) actor in the Hannah Montana Movie, Walk the Line and The Spy Next Door; also TV appearances and in Taylor Swift’s video You Belong to Me.

Emma Watson (born April 15, 1990 in Paris, France) actress in The Tale of Despereaux, and as Hermione Granger in the Harry Potter films.

Tristan Wilds (born July 15, 1989 in Staten Island, New York) actor in films The Secret Life of Bees, Half Nelson, and on HBO’s The Wire.