Teen killers wonder what it’s like to take a life

In two disturbing cases recently, two teens have acted on their thoughts about killing.

In Ohio, seventeen year old Andrew Conley is charged as an adult in the murder of his ten year old brother, Conner, in November, 2009. Although described as an A & B student with no record of disciplinary problems, Andrew allegedly told the police that he did it to satisfy his craving to kill. 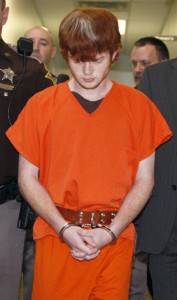 Andrew reportedly told investigators that he felt just like Dexter, a television show serial killer. Connor was strangled and his body dumped near a park.

This killing came six weeks after a Missouri fifteen year old strangled, stabbed and cut a nine year old’s throat. Alyssa Bustamante allegedly told authorities that she wanted to know what it was like to kill someone. She reportedly planned Elizabeth Olter’s death a few days in advance and is being tried as an adult.

Neither juvenile is eligible for the death penalty since it was ruled unconstitutional in 2005 for anyone under eigthteen. However, they could receive life sentences or until the United States Supreme Court decides the Sullivan/Graham cases,* possibly life without parole.

*Both cases were argued before the United States Supreme Court in November, 2009. A decision is expected by the summer of 2010. Read more about the issues in these cases involving juveniles sentenced to life without the possibility of parole.