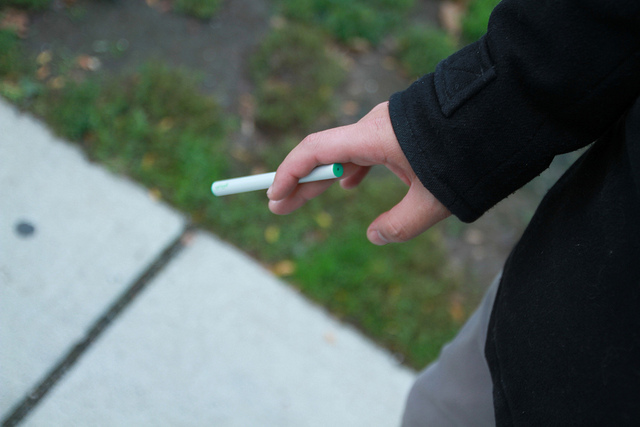 Possibly in an attempt to disguise smoking marijuana, teens have taken to putting it in an e-cigarette. The distinct odor of marijuana isn’t as strong or even noticeable when used through the battery-charged device.

A study conducted by Yale University was published in the medical journal Pediatrics in September, 2015, was based on a survey of 4,000 students in one state, Connecticut. 27% of high school students who have used both marijuana and e-cigarettes reported using the devices to vaporize marijuana.

Scientists don’t yet fully understand the effects of vaporized cannabis. According to the Centers for Disease Control and Prevention, marijuana in other forms can cause health problems including memory loss, slow learning, and lung damage.

Update: As of September, 2019, there have been seven vaping-related deaths in the U.S., and hundreds of emergency room visits for respiratory issues from vaping. The state of New York became the first state to ban the sale of flavored e-cigarettes on September 17, 2019. The ban covers flavored e-cigs and other vaping products except for menthol and tobacco flavors. The ban went into effect immediately.