The killing of Trayvon Martin: what is “justice?” 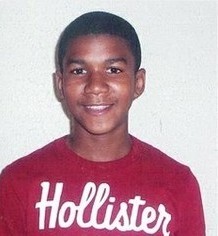 As you know by now, the trial of 29-year-old George Zimmerman for the death of 17-year-old Trayvon Martin in February, 2012 ended on July 13, 2013 with a “not guilty” verdict. Zimmerman was charged with second-degree murder and the jury of six deliberated for 16 hours before unanimously agreeing that the case was not proven by the state beyond a reasonable doubt. We wrote about this case in an earlier post that you can see here.

As a result of this decision, protests, rallies, parades and vigils are underway across the country. Those disappointed with the verdict are calling for justice for Trayvon. This is the same justice that was called for after Zimmerman was taken into custody in 2012 and later released. More than a month passed before he was charged with a crime. The “justice” desired was a trial and a ruling from a court of law. After all, we are a nation of laws and the jury system is a major part of the criminal process. Juries are randomly selected from voter registration rolls or lists of licensed drivers over 18. They represent a cross-section of the community; in essence they represent all of us. They take an oath to remain impartial until the case ends and the judge turns it over to them for their deliberations. 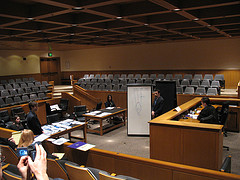 Now that the jury has done its job, many still demand justice because they disagree with the verdict. However, selective justice is not how the criminal justice system works. It is not a rubber stamp reflecting a national consensus on a particular issue. You don’t get a do-over when the result isn’t the result you wanted. We have faced this before in the O.J. Simpson and Casey Anthony cases. Our system is soundly based on courts and juries doing a specific job based on specific rules and procedures. The juries in these three cases followed the law in deciding the facts of the case based on the evidence presented to them in the courtroom and applying the law of the case given to them by the judge. They did their job and can’t be faulted for reaching a decision contrary to popular belief.

Civil rights violations or hate crime charges may be filed against Zimmerman by the Justice Department. This wouldn’t be double jeopardy since the charges would be different than second-degree murder or manslaughter. Again a jury may be empaneled and asked to weigh the evidence presented, apply the law and decide the guilt or innocence of Zimmerman. They could find him not guilty of the charges. What then? Will there be renewed calls for justice?

The national spotlight is on Trayvon’s case with the issue of “race” being debated in the media. This is the time to reflect, engage and discuss race in America without violence or rancor. If we come to a greater understanding and tolerance of each other, Trayvon’s passing will not have been in vain. We owe his parents this conversation. Mr. Tracy Martin and Miss Sybrina Fulton have handled their disappointment with the verdict admirably and with dignity.

Charles Krauthammer of the Washington Post said it best when he wrote: “In a civilized society,where the mob doesn’t rule, justice is defined by the verdict that follows a fair trial. It’s the best that humans can do.”