Country western star, LeAnn Rimes, age 30, has been the target of multiple bullies over the past year. When news broke of her relationship with a married man, fans turned on her. Both were married at the time but have since divorced and married each other. The subject continues to be a topic for crazed groupies, particularly a mother and daughter who tweet cruel messages. Rimes has filed a lawsuit against some of her bullies and has pledged any moneys won in court to The Trevor Project. She entered an inpatient treatment program for stress and anxiety.

In Australia, model and television personality, Charlotte Dawson, was targeted in a twitter campaign in 2012. Her tormentors became so vicious that she attempted suicide in August, 2012. Messages to her included tweets such as “please put your face in a toaster” to “Please do the world a favor and go and hang yourself.” She also received photos of dead bodies covered in blood. It got to the point that Charlotte posted “Hope this ends the misery . . .you win.” She added a photo of a hand holding pills. Hours later she was rushed to a hospital and survived.

Other celebrities subjected to cyberbullying include Selena Gomez, who campaigns against all forms of bullying, and Miley Cyrus. Also actresses Ellen Page and Kristen Stewart have had similar experiences. 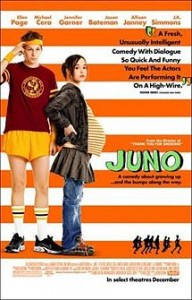 If you are getting threats of harm by text or online, do something about it. Don’t think you’re the only one getting bullied. It’s a common experience for middle and high school students, but too often, goes unreported. If the bully gets away with it, it will continue. Tell your parents, a school teacher or counsellor or member of your church. There are laws in every state against harassing someone, threatening a person or stalking someone. But silence won’t end the bullying – only action.

If you have a friend or acquaintance at school who is being bullied, step up and do something about it. Looking the other way won’t help the situation. Bullies continue to bully until confronted.

For a list of help and hotlines to call when you’re feeling threatened or that there’s no way out of a bullying situation, check out the following: