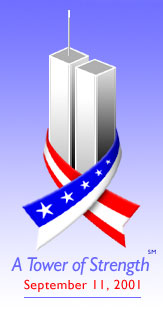 The events of September 11, 2001 may be a faint memory to some of you. Ten years ago, many of you were 8 years-old or younger. Your parents may have kept you from seeing the images of the collapse of the 110-story twin towers of the World Trade Center in New York City. Since then you have learned the details of this terrorist attack by members of Al-Qaeda, a radical Muslin group dedicated to the destruction of the United States. In addition to the fall of the towers, two other planes crashed into the Pentagon in Washington, D.C. and a field in Pennsylvania. Over 3,000 people were killed including the 19 terrorists on the four planes.*

Your school may cover the events of 9/11 in social studies or government classes. The lessons to be learned are extensive including an understanding of Islam, U.S. foreign policy in the Arab world and the cultures of the Middle East. Through a deeper study of these issues, the stereotype that equates Muslims with terrorists should subside. You may be discussing the rise of terrorism and its impact on the United States, or the development of radical Islamic fundamentalism. With the passing of the Patriot Act in 2001, you may also discuss the ongoing debate over security versus civil liberties. 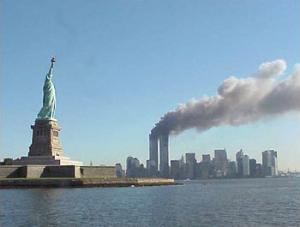 Clifford Chanin, the education director of the National September 11 Memorial and Museum  commented, “I think it is essential that the event be studied and understood . . .It’s now a factor in what the world has become and what it will become. You’ve got to prepare students for some relationship with 9/11 and its consequences.”

The weekend of September 10-11, 2011 we’ll witness memorial events across the country. A special commemoration in New York City at the footprints of the Twin Towers will be televised on Sunday. Nearby, 80 stories of the commemorative Freedom Tower is visible. It will be 1,776 feet in height in honor of the Declaration of Independence of July 4, 1776. Family members of the victims will be attending as well as President Obama and numerous dignitaries.

There are numerous websites about September 11 and the past decade. A few you may find interesting include:

*The leader of Al-Qaeda, Osama Bin Laden, was killed on May 1, 2011 by U.S. military forces. This doesn’t mean the War on Terror has ended. Loyalists to Al-Qaeda and other radical groups continue to plot against the West and the United States.