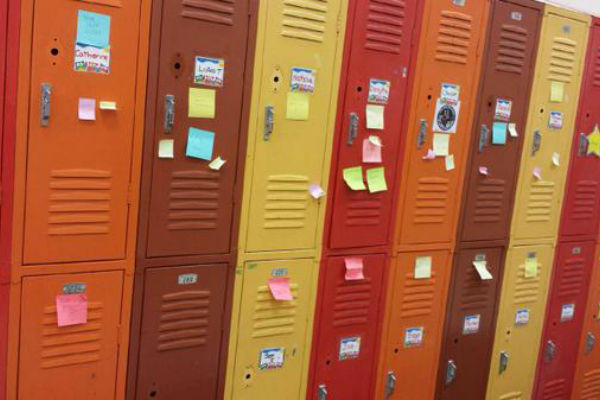 Early in the school year of 2014-2015, Caitlin Prater-Haacke of Alberta, Canada, was bullied by an unknown classmate. He or she broke into the sixteen-year-old’s locker at school and left a hateful message on her i-Pad and posted it to Facebook.

Caitlin decided to do something positive about the incident. She wrote messages on post-its and left them on each of 850 lockers at her school. They included such thoughts as “You are beautiful” and “Love yourself.” School officials didn’t agree with Caitlin’s campaign of kindness. She was taken out of class and reprimanded for “littering.” Really??? 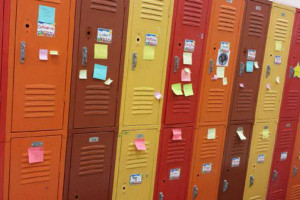 The town, however, got behind Caitlin and declared October 9, 2014 Positive Post-It Day. Staples donated more sticky notes and other businesses supported the effort. Schools across Canada joined in and Caitlin commented that “I want it to be an annual thing in every country.”

Good going, Caitlin. We support your project and encourage you to continue spreading tolerance and kindness.

Later: As you know by viewing You Tube or Facebook, Positive Post-It Day has spread. Meigs County High School in Tennessee held their first event in April, 2016 with thousands of positive messages covering the school. Students in Marica Merck’s freshman classes saw Caitlin’s video online and decided to follow her lead. The students recognized how detrimental cyberbullying can be and got the ball rolling throughout the school. All grade levels participated. Nice going!!