Campus police give senior his diploma 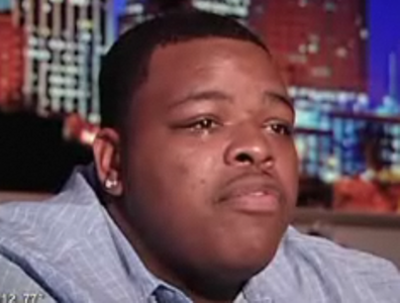 A recent test of the First Amendment is the story of Roman Caple, a senior at St. Augustine’s College in North Carolina. Roman was 22 and on schedule to graduate on May 1, 2011. A series of storms hit the east coast of the United States in April, 2011. As a consequence, St. Augustine closed and students spent days without power. Roman, however, lived off-campus.

When the school announced it was reopening without full electricity restored, some students voiced their opposition. The college scheduled a town meeting to address their concerns. Roman posted a message on the college’s Facebook wall encouraging his peers to attend the meeting. He wrote “Here it go!! Students come correct, be prepared, and have supporting documents to back up your arguments bcuz SAC will come hard!!!! That is all.”

The following week the college informed Roman that his post was a “negative social media exchange” and he was banned from his graduation ceremonies. Roman and his mother were told that the decision was final. Consequently, Roman did not graduate and his name was not called at the May ceremony. Instead, he drove to the college the next day where he was handed his cap, gown and degree by a guard at the security booth. He had to sign for them and was then told to turn around and leave the campus. 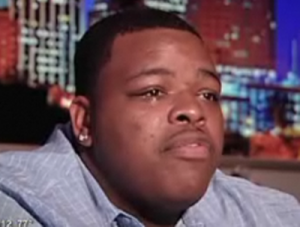 On July 8, 2011, Roman filed a lawsuit against St. Augustine and it’s president. He alleges a breach of contract since the school’s Code of Conduct titled Students Rights and Responsibilities stated that “students are free to…discuss, and take other lawful action respecting any matter, which directly or indirectly concerns or affects them, subject only to reasonable time, place and manner considerations.” Roman, in his lawsuit, is also asking for a personal graduation ceremony with a “distinguished speaker, orchestra and all other customary pomp and circumstance.”

An issue in this case will be whether the Tinker disruption test will be referred to in considering the application of the First Amendment to private school students. St. Augustine is a private university which means that students are not guaranteed First Amendment protection while on campus. However, Roman’s Facebook post occurred off-campus.

This case is similar to Avery Doninger’s off-campus blog that resulted in disciplinary action. However, Avery attended a public high school. Her case remains in litigation with an appeal to the U.S. Supreme Court expected this year. If her case is accepted by the Supreme Court, it will be the first time the Court has addressed student speech and off-campus Internet posts.

Update: In October, 2011, Saint Augustine’s College informed graduate Roman Caple that he is barred from participating as an alumni in the school’s Homecoming celebration.  This continues the punishment imposed on Roman just before graduating a few months earlier. His lawsuit against the school remains pending. In late December, 2011, it was announced that Roman’s lawsuit had been settled. His attorney said that Roman was “very pleased” with the confidential agreement.

Related case:  A 16-year-old girl in the Philippines was prohibited from attending her high school graduation or walking with her class in 2012. The unnamed student at St. Theresa’s College High School was seen on Facebook in a bikini while holding a cigarette and a liquor bottle. She had met the academic requirements and did receive her diploma but this one Facebook photo cost her a once-in-a-lifetime experience with her graduating class. Think before posting anything questionable about yourself or others.