Can I go across the border with my friends?

You may be allowed to cross national borders without your parents. During the summer, winter vacation, or spring break, many students take school trips across the border to Mexico or Canada without their parents along.

Whether you′re on a school trip or visiting a border town for a day, you′ll need a passport or another accepted secure document to verify that you′re an American citizen. Starting on June 1, 2009, you must provide proof of citizenship and identity to enter the United States. The easiest way to comply is to have a valid passport and a copy of your birth certificate or a passport card and a driver’s license. Border officials will also accept tribal and military identification cards. 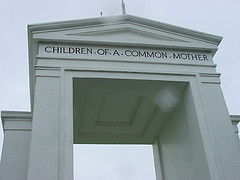 For information on passport requirements, visit www.dhs.gov. and for details on acceptable identification documents see www.cbp.gov and follow the “travel” links.

If you′re under eighteen, take along a written statement from your parents, authorizing emergency medical care. This is called a power of attorney, and it may save you from additional pain and aggravation. It might possibly save your life. 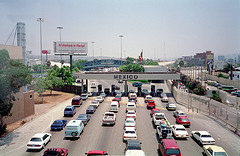 When traveling abroad, remember that the laws of the United States no longer apply. Make sure you know what′s allowed and what isn′t before you go. The penalties for violating foreign laws may be far more severe than you′d expect in the United States. For example, in 1994, an American student traveling in Singapore was caught spray-painting cars. Authorities in Singapore punished him by caning his rear end. Before your trip, make sure you know the curfew hours, legal drinking age, and traffic laws (including insurance requirements) of the nation you′re visiting. Also be aware of whom you should contact and procedures you should follow in case of an emergency.

An overzealous judge:  In June, 2009, a judge in Malaysia sentenced a convicted robber to 10 lashings with a rattan cane. This judge went a step further and insisted carrying out the sentence himself. A higher court overruled him and changed the penalty to 200 hours of community service – no whipping.