In a final effort to keep students from skipping classes or full days, some school districts are resorting to technology. GPS tracking systems are being used as a means of preventing truancy by following a student and encouraging them to be accountable for their behavior.

The program is designed to be supportive of education, not punitive. It requires voluntary participation by the student and parents. The handheld device is similar to a cell phone. The student is required to enter an identification code several times a day: when he or she wakes up, arrives at school, after lunch and at 8:00 PM. If the student isn’t where he’s supposed to be, the GPS device provides their location. 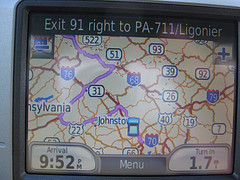 Schools are seeing positive results from the program. It allows students to take responsibility for their education and their whereabouts. In addition, it provides them an excuse to opt-out of situations where they might feel pressured by their peers. Schools in California, Pennsylvania, Kentucky, Louisiana and Texas are using the devices to curb truancy. The Anaheim Union High School District in California implemented the program and saw a 95 to 98-percent improvement in student attendance.

Does your school use these devices? Would you agree to wearing one if it got you to school on time? Would it be worth it if you avoided truancy court? Shouldn’t growing up and becoming responsible for your own actions mean being free of such restrictive methods or does a monitor bring about responsibility?

The U.S. Supreme Court will be looking at GPS tracking and the Fourth Amendment protection against unreasonable searches and seizures in its 2011-2012 term. Read the background of the case they have accepted for review here:  http://www.thecrimereport.org/news/inside-criminal-justice/2011-08-big-brother-is-tracking-you-gps-and-the-fourth-amend

In January, 2012, the Court ruled 9 to 0 that law enforcement must obtain a search warrant before placing a GPS tracking device on a car. See U.S. v, Antoine Jones, January 24, 2012). Another issue they may consider sooner or later is the use of tracking equipment on personal cellphones without a warrant.  Congress is considering a bill that would require law enforcement to obtain a search warrant before employing such investigative methods.