How one vote can shape a nation and your life*

Why should you vote?

Thirteen year-old Jackson Tiago was in seventh grade at Ingleside Middle School in California. He was a good student but wasn’t interested in sports or other extracurricular activities. The school required the students to wear uniforms, but the rule was relaxed on Fridays.

Jackson usually settled for a t-shirt, shorts and sandals on Fridays. He had a collection of message shirts he collected over the years while attending events with his parents. One day he wore an anti-war shirt displaying the American flag upside down, and he was told to turn the shirt inside out or be sent home. He refused and was taken to the principal’s office.

The school resource officer was called and began to interrogate Jackson. His parents weren’t notified until three hours later when he was allowed to call his mother to come pick him up. The following Friday, Jackson wore the same shirt and was taken to the office, where he received five swats with a wooden paddle from the assistant principal. He was suspended for the next thirty days and ordered to submit to weekly drug testing. His parents were told there was nothing they could do short of transferring Jackson to another school. 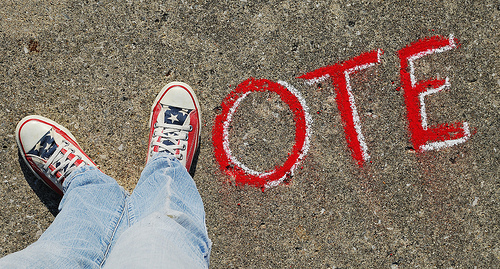 There are five important aspects of Jackson’s experience relevant to teenagers that have been considered and debated in cases before the U.S. Supreme Court: freedom of expression, juvenile Miranda rights, corporal punishment, due process at school, and drug testing by schools. In each of the following cases, the vote of the nine justices was five to four – in other words, each case was won or lost by a single vote. As you read these cases, ask yourself: “Had the decision gone just one vote the opposite way, how might my life be different today?” 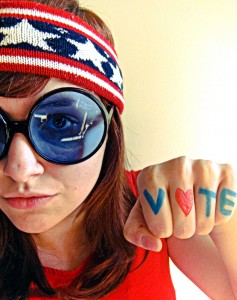 Close to forty years ago, in 1974, the Court ruled that defacing or altering the American flag is protected speech under the First Amendment.1 Then in 1989, the Court went a step further in ruling that even burning the flag constituted an expression that was protected as symbolic speech.2 This was a five to four decision. Consequently, the school could not discipline Jackson unless the shirt caused a disruption at school that interfered with the normal routine.

It is fundamental that someone in custody must be read their Miranda rights before being interrogated. This applies to juveniles as well as adults3, but it was not done in Jackson’s case. It is quite possible that Jackson thought he was already in custody or under arrest, and that he was not free to leave or refuse to cooperate in the interrogation. If so, Jackson should have been read his rights and his parents notified before questioning proceeded. In questioning a juvenile in a criminal investigation, the officer must take into consideration the age of the person being interrogated. This was another five to four decision by the Supreme Court in 2011.4

In 1977, the Supreme Court considered the issue of corporal punishment in schools. They ruled that physical discipline was not cruel and unusual punishment as prohibited by the Eighth Amendment.5 Consequently, had the vote gone the other way by just one ballot, the assistant principal in Jackson’s case would have been civilly and criminally liable for assaulting Jackson.

Due Process is your right to know what you’re accused of and have an opportunity to defend yourself. Were it not for a 1975 Supreme Court case6 regarding due process at school, the decision to suspend Jackson for thirty days would have been lawful. However, thanks to a five to four decision, the maximum term of suspension without allowing the student and parents an opportunity to challenge the discipline is ten days. Otherwise, the student must be given written notice of the violation and a chance to fight it before the school board.

It is legal for public schools to require student athletes and participants in extracurricular activities to submit to drug testing. A five-to-four vote by the Supreme Court in 20027 authorized random testing as part of drug prevention programs. But Jackson was not required to submit to the testing for either of these reasons.

The significance of these cases cannot be overstated. Since the Supreme Court declared in 1967 that teenagers and children have constitutional rights, dozens of Supreme Court decisions like these regarding youth in America have been decided by a vote of five to four. They cover important aspects of your life including freedom of association, nonviolent demonstrations, gun control, profanity, and your rights at school to participate in prayer and clubs. In all of these cases, with a single vote in the other direction, your experience as a teen today might have been very different.

It’s simple: every vote – including yours – counts not just in deciding who sits in the Oval Office every four years, but also who sits in the highest court of the land for their entire lives. You may think, “But my vote is just one of millions. Why does it matter?” True, you have only one vote, but that vote is crucial. Why? Read on.

History contains valuable lessons about the importance of our right to vote. For example, in 1876, Rutherford B. Hayes became the 19th President after defeating Samuel Tilden by one electoral vote – meaning that if the popular vote in any number of states had gone the other way by just one citizen’s vote, the electoral votes might have been distributed differently, leading to a different outcome.

More recently, in 2000, history repeated itself as a mere five electoral votes resulted in the election of George W. Bush as the 43rd President. This time, however, the Supreme Court got involved. First due to a very close popular vote in Florida, a recount was requested by Bush’s opponent, then Vice-President Al Gore. Yet the Supreme Court intervened and voted to stop the recount by a vote of five to four. Consequently, Florida’s 25 electoral votes went to Bush when that may not have been the result if the recount was permitted to continue. That decision gave the White House to George W. Bush by an electoral vote of 271 to 266.

Facts are facts. In the 2000 election, had the Supreme Court’s decision gone one vote the other way, thus allowing the recount of the popular vote to continue, our world might be a very different place today. For example, would the U.S. have entered a costly war with Iraq that resulted in the deaths of thousands? Would your or your best friend’s older brother, sister, or other family member still be alive? Would the U.S. economy be in the same shape as it is now? Would the environment? Would critical Supreme Court decisions have been different had Bush not been elected President and therefore not able to appoint members to the Court?

Importance of the Youth Vote

Every vote counts at election time. There are many pressing issues before us that cannot be ignored or resolved without each citizen’s input. Your voice by way of your vote is needed. So get to the polls on Election Day, bring a friend (or five), and participate! The fate of our nation – and your school day tomorrow – rests in your hands.

If you’re 18 and not yet registered, find out how to register to vote.

*To be published by Free Spirit Publishing, Inc.

1 Spence v. Washington, 418 U.S. 405 (1974): “We do not consecrate the flag by punishing its desecration, for in doing so we dilute the freedom that this cherished emblem represents.”

AsktheJudge.info  (a free, interactive website for & about teenagers and the laws that affect them).

“What are My Rights? Questions & Answers About Teens and the Law” (Free Spirit Publishing, 2011).

“Electing a U.S. President – in Plain English”  (a 3 ½ minute audio/video explanation of the election process).

Kids Voting USA  (visit an official voting site on election day and cast your vote on the issues and candidates that appear on adult ballots).