How to get a fair trial by jury with media bias 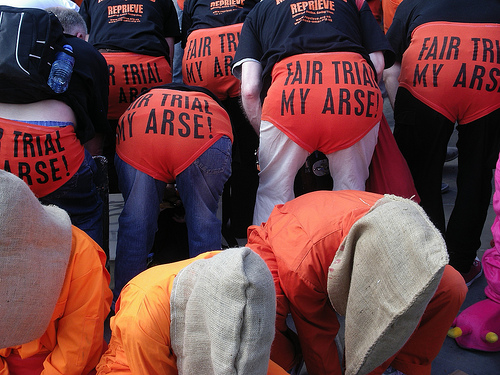 This essay was written by guest writer Steven Schwartz.

The sixth amendment of the United States Constitution says that the accused must be granted
the right of a “trial by jury,” a jury comprised of unbiased citizens. However, are we really granting this right to the accused? Today, most people form their worldview through trivial and distorted media outlets. To make things more digestible for the viewers, the media often uses straightforward narratives, with a good guy and a bad guy. Oftentimes, the viewer might not even realize that they are biased! This frequently distorts the truth and has created a population with a biased perception of reality. 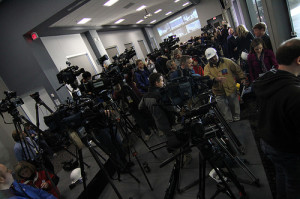 The trial process starts with jury selection. This procedure can be the most crucial moment in the process of a case. Both attorneys have the right to request that a potential juror not be added to the jury panel for the trial. The issue many people face is whether the potential jury members have heard anything that would have caused them to have unfair judgements about the case. Ideally, jurors in a trial are not supposed to know anything about a case beforehand in order to prevent a biased view and to grant the defendant a fair trial. However, the media not only makes the viewer and possible jury members knowledgeable about a case, but also plays on its audience’s emotions.

This past summer, for example, the case of the “State of Florida vs. George Zimmerman” took place. Right after the incident, which involved a shooting, the media released a photo of both the victim (Trayvon Martin) and the defendant (George Zimmerman). The photos were remarkably different. The photo of Mr. Martin was one that was taken a few years prior to the incident (portraying a cute boy); the photo of Mr. Zimmerman was a mugshot from a previous arrest. All agree that no jury is perfect. It is very difficult for individuals to have completely open minds; everyone has some sort of prejudice, whether it is overt or not. However, it is inappropriate for the media to further promote biased opinions to an impressionable viewing audience by providing images that are not objective. 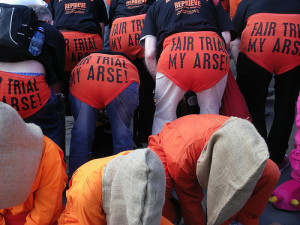 The case of “State of Florida vs. George Zimmerman,” unfortunately, is simply one highprofile example of media bias. In the case of the unfortunate slaying of young Christopher Lane of Georgia, a similar situation ensued. Immediately after his killing, the media released photos of the alleged killers (both teenagers), and the victim, Christopher Lane. Again, the photos were alarmingly different. The photos of the defendants were their mugshots: they were clothed in prison issued uniforms and looked very much the part of killers. Conversely, the victim’s photo portrayed a young man in a baseball uniform, looking wholesome. Christopher Lane is smiling in his photograph; the defendants look shabby. This case has yet to go to trial. Why is there such a disparity between the photographs shown? The answer is quite simple: because the media does not want the public to see photos that might bring alleged criminals’ guilt into question. Here in the United States, the accused are supposed to be presumed innocent until proven guilty. However, the popular media frequently damns the accused before the full story has been heard and before they’ve properly been through the legal system.

The issue of media bias is one that criminal defense attorneys must deal with on a daily basis. In a recent phone conversation with Mr. Albert Hoch, the attorney representing James Francis Edwards, one of the defendants in the Christopher Lane case, I was informed of how much harder it can be to defend an individual once the media intervenes. Mr. Hoch specifically noted that, “A lot of the stuff in the media isn’t correct one third of it at least. It makes my job a whole lot harder.” Furthermore, I was told via an email conversation with retired Judge Thomas Jacobs that, “All parties to a lawsuit need an impartial jury to consider the evidence presented at trial. Pretrial publicity can shape one’s thinking and affect the outcome of a lawsuit whether a civil case or criminal matter. The ideal in any trial is to guarantee as close as possible an unbiased panel of citizens who follow their oath to apply the facts as they find them to the law given them by the judge.” Although the person charged might very well be guilty, it is wrong and unfair for the media to deliver messages that may not be accurate, truthful, or just. The legal system in the United States is based on the idea of a fair and speedy trial; the prevalence of inaccurate or biased media coverage infringes on this right.

Whether it is the way that the media portrayed the Christopher Lane case, the George Zimmerman case, or any other of the countless cases that materialize each and every day, there is no question that media bias exists. Therefore, a responsibility falls to the members of the viewing audience to realize that what they learn from the media may not always be true; they should keep an open mind in order to make sure that, based on the sixth amendment of the Constitution, a fair process of law is ensured. Furthermore, it is up to the potential jury members to show the media that they do not have the power to influence the verdict in a particular case. The facts and evidence of that case alone should be taken into consideration when jurors are deliberating. By sensationalizing cases, oftentimes through the use of pictures, the media creates a hype that affects not just ratings, but, more importantly, the perception of the American public. It is unjust for viewers to fall victim themselves to this bias. There is little likelihood that media bias is going away; as such, viewers need to be more cognizant of the information with which they are presented. It is unfortunate that in today’s world, a world that is advanced in so many ways, the American public must take everything they hear and see on the news with a grain of salt.