Judge Tom
Blog
how to cite something in a paper 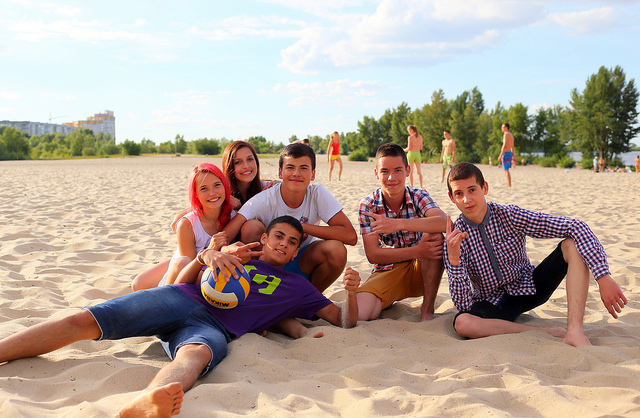 The Current State of Cyberbullying

October is National Anti-Cyberbullying Month, so it’s a good time to reflect on the state of cyberbullying in our country and abroad and to remind each other to be kind. Over the past decade, adults and teenagers have been prosecuted for cyberbullying . Whether charged specifically with an act of cyberbullying or an underlying crime of stalking, harassment, intimidation or threatening someone, law enforcement continues to address this global phenomenon.

Statistics vary on the extent of the problem. It is generally agreed that 10% to 20% of teenagers in the United States are cyberbullied on a regular basis. Globally, it is estimated that 37% of eight to seventeen year-olds are cyberbullied with only 20% to 30% being reported. The Pew Internet Research Center reports that 95% of students have witnessed cyberbullying, with 90% of those at some point, ignoring it.

All states have criminal laws that address cyberbullying behavior. Many rely on already existing statutes that prohibit behavior such as criminal harassment. Others have amended their laws by adding the term “electronic harassment.” State legislatures have tried to strike a balance between free speech and restricted speech when it comes to digital expression. South Carolina has had such laws since 2006, while Alaska and Iowa followed suit in 2007. At the present 44 states have passed legislation imposing criminal sanctions for online harassment.

In addition to the criminal justice system, the nation’s schools continue to define and control cyberbullying on and off-campus. Issues surrounding the suspension and expulsion of students who violate the school’s policies regarding cell phones and other digital devices are debated in classrooms and courtrooms regularly. Federal and state courts wrestle with balancing a student’s freedom of expression/speech with the school’s responsibility to maintain a safe environment for everyone. State legislatures have been considering limiting internet access to students only in highly visible areas of the school; establishing pre-selected websites according to age groups; reviewing effective firewalls, filtering and monitoring software mechanisms; and strict and prompt action against those who violate school policy. Regarding the latter point, 45 states authorize school sanctions for students who cyberbully. Sixteen of those states include sanctions for off-campus cyberbullying.

An example of recent school legislation is California (effective this year), which expanded the definition of cyberbullying to include sexual cyberbullying. It is defined as the sharing of nude photos or videos of others “with the purpose of humiliating or harassing a student.” California public schools are authorized to expel students who engage in these sexting activities.

Although 2017 has witnessed a decline in reported bullycides, some teenagers choose to end their pain by taking their lives. Five tween and teen students committed suicide, due in part to online bullying on Facebook, Instagram, Snapchat and other platforms. In January, 2017, we lost Ariana DeHerrera, 13, of Colorado. In February, Megan Evans, 14, hanged herself at home in England. Elle Trowbridge, 16, of Ireland passed away in April, and Mallory Rose Grossman, 12, of New Jersey, passed in June. Finally, Libby Bell, a 13 year-old Australian girl took her life in August, 2017.

As seen above, the consequences of bullying and cyberbullying know no boundaries. Many countries are in the process of enacting rules, regulations and laws to combat all forms of bullying. For example, India is preparing a curriculum for children between eight and ten years old. In 2016, Italy proposed legislation to sentence cyberbullies to prison for one to six years. Education and awareness campaigns are underway in Malaysia and Thailand.

Bottom line: Be kind to others. Think about intended and unintended consequences before you post.

This post was originally written for and published by the Free Spirit Publishing blog.