Poaching (illegal kind)- illegal hunting, killing or capturing of wild animals or plants. Examples of this: hunting without a permit, hunting in the off season, selling a captured animal for a profit, using an illegal weapon to capture or kill an animal, the animal being on the endangered species list, etc.

Poaching (Cooking)- To cook in boiling or simmering liquid. Examples: Cooking an egg in a pan of simmering water until the egg white is mostly solid and the yolk remains soft.

So you might think that poaching your eggs every morning is illegal, but it is not (sorry).

Now the real question is, How do you know you are poaching?  If you hit an endangered species of butterfly with your car, can you be arrested for poaching? No because, you really cannot avoid hitting a butterfly. But if you go and steal an eagle egg, you would find yourself facing up to $100,000 in fines and up to a year in jail, according to federal law. If you steal a koala or an animal from a zoo you can also find yourself with the fine and the year in jail. 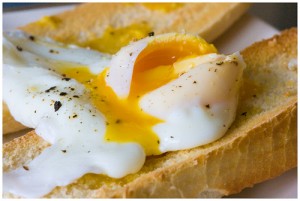 This Picture is by Gordon Flood

In 2009, three teens were arrested for killing an American alligator in Florida. Police spotted the three on the side of the road with shot guns and alligator carcasses in the bed of their truck. When the police asked why they had the alligators, they responded that they wanted it for “personal consumption”. They were charged with seventeen counts of illegal hunting.

But if you want a really delicious breakfast, crack an egg into a bowl and put it in a pan of simmering water……. I  would suggest looking up a recipe first.