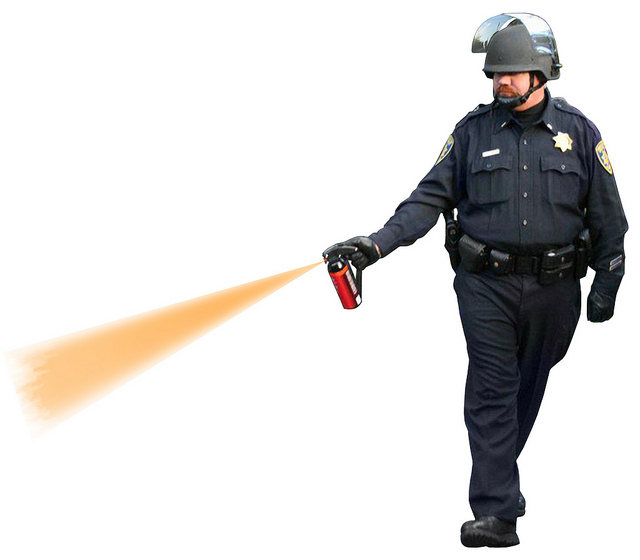 A federal judge in Alabama has ruled that the Birmingham Police Department violated public school students’ constitutional rights by using excessive force for minor infractions like “backtalking” and “challenging authority.”* The students were pepper sprayed for their conduct. In addition, the police violated students’ rights by failing to ensure the students were decontaminated and were left to suffer the effects of being sprayed.

The Southern Poverty Law Center (SPLC) filed the class action lawsuit in 2010. Over a five year span, the chemical spray, which was a mixture of pepper spray and tear gas, was used by school resource officers in 110 incidents and about 300 students were sprayed. All of the students were sprayed for minor school infractions and none of plaintiffs named in the lawsuit faced criminal charges for their conduct. One student was sprayed for crying while walking to class after a boy made inappropriate sexual comments to her. The school resource officer told her to “calm down” and then sprayed her. She was five months pregnant.

Judge Kallon’s opinion begins, “Since the dawn of time, children have engaged in challenging but normal adolescent behavior in school settings….For just as long, presumably wiser, more level-headed adults have responded and have successfully utilized deescalation techniques that are far less violent than those at issue here.”

Judge Kallon discussed how school children have no less protection from excessive force than adults. “[T]he court declines to adopt the position that children in public schools have a reduced expectation of being free from the infliction of excessive force by law enforcement officers.”

The court ordered the plaintiff SPLC to work with the police department to develop a training plan for school resource officers to ensure the chemical spray not be used for minor infractions.

The student body at Birmingham public schools is predominantly African American. Do you believe this is a case of racial injustice and unequal protection of our students? Or is it simply a matter of using excessive force against students, which may be a growing problem in some school districts across the country? What are your thoughts on corporal punishment? Should it be banned in all states?

the capitalism papers.
racial justicerights at schoolschool safety
Share this