The straight dope on fake dope 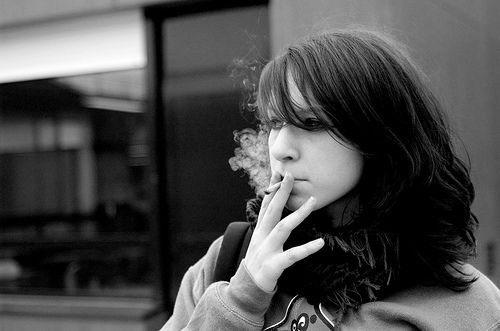 Ryan Schill is the author of the following article which was originally published by the Juvenile Justice Information Exchange.

In Jordan Cox’s view, it was a waste of money. The high, he said, was more like the head rush he got taking his first drag off a cigarette in middle school; not at all like smoking weed.

Cox was smoking something his friends called “spice,” a mixture of dried herbs sprayed with a synthetic cannabinoid that mimicked the effects of THC, the psychoactive ingredient in marijuana. At least, it was supposed to feel like smoking pot.

“It was fake and you could tell,” said Cox, a 22-year-old Georgia college student. “The high was delayed, but it was nothing intense or unmanageable.” 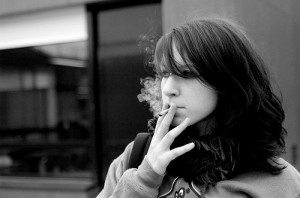 Spice is one common name for a whole range of products sold legally in head shops, gas stations, and smoking stores across the nation. The small, square pouches of dried plant matter bear names such as “K4,” “Spice Gold” and “Mojo.” Each package says the contents are incense, the absence of any scented ingredients notwithstanding. On the back of the pouch is a stark warning, the final brick in the wall surrounding the manufacturer from liability: “Not For Human Consumption.”

But rest assured it sometimes is consumed.

According to Dr. Ryan Stanton, an American College of Emergency Physicians spokesperson who worked in ERs in Kentucky, anyone smoking synthetic marijuana products is “turning themselves into a human guinea pig.”

Apparently, some of these guinea pigs find the products innocuous enough, while others have an unpleasant experience indeed.

“We’ve seen quite a bit of it [in the emergency room],” Dr. Stanton said. “They come in with racing heart rates, hallucinations and nausea. It’s pretty frightening for those involved.”

The trouble is, synthetic cannabinoids have never been tested on humans and are not FDA approved, says Dr. Westley Clarke, Director of the Center for Substance Abuse Treatment in the Department of Health and Human Services. 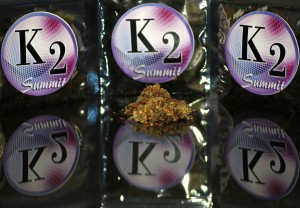 “Who knows how many hands they have passed through, how they’ve been adulterated or modified,” Clarke said about the compounds included in products such as K4. “You never know what’s in them. They are underground manufactured, produced and distributed.”

“This is Russian roulette,” he added.

The Drug Enforcement Administration agrees and, in November 2010, classified five synthetic cannabinoid compounds as Schedule 1 drugs, making them illegal to purchase or sell.  The DEA faces an uphill battle, however. While the administration banned what officials believe are the five most dangerous compounds, there are others.  Manufacturers simply switched to different formulations.

“[Synthetic cannabinoids] have extraordinary capabilities in the lab to cure cancer and Alzheimer disease amongst many other disorders,” Francis wrote in an email.

“Not one death can be attributed to [synthetic cannabinoids], where peanuts for instance have killed well over 2000 people in the same time period,” he wrote.

However, Francis is worried that the DEA ban on synthetic marijuana will lead to a dangerous illicit drug market.

“[It] moves the citizen that wants the product from legitimate business to a clandestine drug dealer, no controls, no oversight, a most frightening of situations,” Francis wrote.  “If the goal is to protect the youth, than prohibition is not the answer.”

Advocates of marijuana legalization are also adding their voices.  In a recent interview with Politico, Paul Armentano, deputy director of the National Organization for the Reform of Marijuana Laws (NORML), said that banning synthetic marijuana would only make things worse.

“As prohibition is apt to do,” he said, “it has driven the production of a commodity into the hands of unregulated, unknown dealers, driven up the potency of the commodity, and in doing so created a scenario where the consumer is faced with a potentially greater health risks than they would be had they simply had the legal choice to use the product they actually desired, in this case cannabis. Given that most manufacturers of these products are overseas and not subject to U.S. laws and regulations, it is unlikely that the DEA’s action will in any way halt the dissemination, use or misuse of these products among the public.”

Working with a local legislator, he helped pass a law that — so far at least — has completely banned synthetic marijuana in Kentucky and making possession of it a Class B misdemeanor.

“We took some pretty immediate steps to get it off the shelf,” Judge Adams said.

The ingredients list on the back of the packages read like herbal remedy catalogs.  There’s verbascum thapsus, a flowering plant from Europe and North Africa to treat coughs and skin conditions; turnera diffusa, a shrub native to the Southwest historically used as an aphrodisiac; and artemesia vulgaris, often considered an invasive weed, but also used as an herbal remedy. But without any form of regulation of synthetic marijuana, experts say it is impossible to know exactly what you are smoking.

Online, websites such as legalhighs.net, legalbuds.com and herbalhighs.com all sell “herbal smoking mixtures.”  The sites include reviews of the many different varieties and how similar their high feels to real marijuana.

So what warning signs should parents be on the lookout for?  Dr. Anthony Scalzo, Medical Director of the Missouri Poison Center says parents should keep an eye out for substances that look like incense in their kids’ rooms. They should also watch to see if their children seem more anxious than usual.

“You don’t want to wait until someone turns their car over or gets hurt,” he said.  “The red flag to parents is, why are you smoking herbs?”