You read that right – $16 million.  In an effort to control “traffic thugs”, as Swiss judges called one violater, fines for speeding are  based on personal income.

European and Nordic countries have passed laws setting maximum fines in the millions of dollars (converted from euros). It is considered an effective way to punish rich violaters who otherwise ignore speeding tickets. 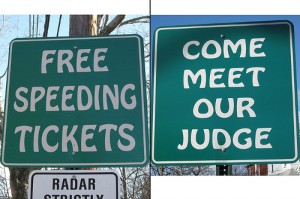 In November, 2009, Roland S. was fined $290,000 for speeding by a Swiss court. Some other countries with such laws include Germany (maximum of $16 million), Switzerland ($1 million), France, Austria and Finland.

Do you think this is an effective strategy to curb speeders? Do you see a relationship between one’s wealth and the respect for laws? If the United States followed this trend, what effect would it have on drivers? Would it slow teen drivers down since their income is minimal compared to wealthy drivers?