Martin Nolan went to Hamiliton High School in Memphis, Tennessee. While there between 2001 to 2004, he was paddled by two coaches on numerous occasions. Tennessee law permits corporal punishment by teachers “for good cause in order to maintain discipline and order within the public schools.”

Martin was paddled for a variety of reasons including missed practices and poor grades and, allegedly, missed shots during basketball games. At trial, the coaches denied any paddling for missing shots but said he may have been swatted for demonstrating poor technique on the court. 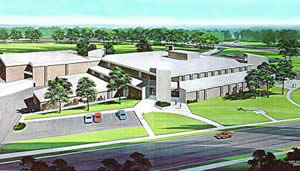 Martin sued the coaches and school district for violating his right to due process under the 14th Amendment. In other words, he claimed that there should have been a school hearing before the physical discipline was administered. A jury ruled against Martin and for the coaches on all claims.

In December, 2009, a federal appeals court also ruled against Martin. The court said that the paddling was for “disciplinary reasons and were not excessive in severity, frequency, motivation or means.”  The swats “did not amount to a brutal and inhumane abuse of official power that shocks the conscience” said the court.

Does your state authorize corporal punishment at school? If yes, what do you think of such a law? Is it imposed frequently? What does your student handbook say about paddling?