Can I donate my blood and organs?

Generally, you can′t give blood until you′re eighteen. Once you′re an adult, the decision is yours. A few states allow younger teens to donate blood, with written consent from their parents and/or a doctor.

You might also have to satisfy certain health and minimum weight requirements before you′re allowed to donate. For example, the American Red Cross requires you to be seventeen (in states where the limit is seventeen) and weigh 110 pounds. If you′re HIV-positive*, they won′t accept your donation. It′s always best to check with your family doctor if you have any concerns. Discuss your thoughts and plans with your parents, too. There may also be restrictions, by state law, about donating if you have any tattoos. It may depend on the age of your tat.
*In 2015, the federal Food and Drug Administration (FDA) announced that it was reviewing the life-time ban in the U.S. against gay and bi-sexual men donating blood. Following other countries (Japan, the United Kingdom, and Australia), the policy may change to a one-year deferred period for those wishing to donate. In December, 2015, the FDA changed its policy to only restricting male donors who have had sex with other men in the previous twelve months. 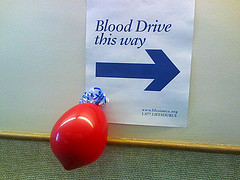 Although some blood banks pay donors each time they come in, teens are generally not eligible. If you′re emancipated and your state law permits payment to minors, you can keep the payment. If you′re not emancipated, your parents have a say about any money you earn or receive.

You also may donate your organs when you die. If you′re eighteen, you may advise the National Kidney Foundation, for example, that you wish to be a kidney donor. When you apply for your driver′s license, there′s a question regarding organ donation, and your donor status is marked on your license. There are over 100,000 Americans waiting for organs and 18 people die everyday from the lack of available organs according to the Donate Life America non-profit.

Once you turn 18, you can also donate your body to science for medical research. In addition to this altruistic act, some are deciding that the financial savings merit consideration of this option. Cremation costs an average of $1500 to $3000. This expense is saved if the body is donated for research. After cremation the ashes are returned to the family. A Google search under “donate medical research” or “donate life” will give you information about this. For example, the Banner Sun Health Research Institute in Arizona specializes in Alzheimer’s, Parkinson’s and cardiovascular research. There are research facilities across the country in need of donations.

In March, 2012, the Donor Network of Arizona and Horizon High School sponsored their first High School Registry Challenge. This was an effort to increase the number of organ and tissue donors in the state. When applying for a driver’s permit at age 15 and 7 months, teenagers can check a box to register as a donor. Parents, however, make the final decision until their child turns 18. The Challenge resulted in 489 students signing up at Horizon and a total of 1,360 students from the four high schools who participated in the event. Other schools have held similar events with great success. When a classmate is lost, student support for saving lives through donating organs increases.

In 2012, Facebook announced an organ-donor update to its profile pages. Users can add their donor information to links on Facebook to official registries. Similar to the notice on your driver’s license, Facebook is making it easier to be listed as a donor.

American Red Cross
1-800-GIVE-LIFE (1-800-448-3543)
www.redcross.org
Information about being a blood donor. Or contact your local blood bank or plasma center. Many blood centers also have information about organ and tissue donations.