Can I get in trouble for hacking into the school computer? 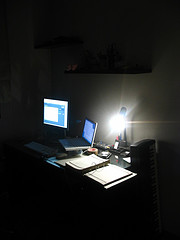 “Hacking” is the act of breaking into someone’s computer system without permission. There are state and federal laws against hacking with penalties that include probation, jail or prison time.

Cases of students hacking the school computer and gaining unauthorized access to the school’s system are uncommon, but it has happened. Teens have tampered with school computers in order to change their grades, steal tests, and obtain personal information about faculty and staff.

Once caught, the authorities usually take immediate action against the student. Even if criminal charges are not filed, the school may suspend or expel the hacker. Consider the following hacking incidents:

17-year-old Justin Boucher of Wisconsin wrote an article for his school newspaper titled “So you want to be a hacker.” He included instructions on how to break into the school’s computer. He was expelled for one year.

In June, 2009, 19-year-old Matthew Weigman of Boston was sentenced to 11 years in prison for using computers and the telephone to harass victims – making fake 911 calls to get SWAT teams to respond to unsuspecting victims’ homes.

In 2008, 19-year-old Josh Holly hacked into Miley Cyrus’ s email account and stole photos of her. Although no charges were filed, two years later in December, 2010, Josh was arrested and charged with possession of 200 credit card numbers with intent to defraud. He was released and ordered to have no access to computers or other Internet devices. In July, 2011, it was decided that Josh would not stand trial in state court for hacking into Miley’s account. However, the federal charges remain in place. He may work out a plea bargain on those charges. On August 1, 2011, Josh pled guilty to  charges of hacking and credit card theft. He was sentenced in October, 2011 to three years on probation. 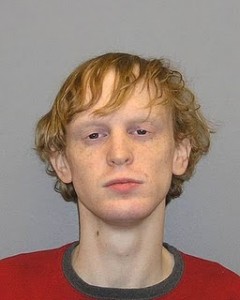 On the other hand, some teens with computer skills have been beneficial to schools and the government. Reid Ellison of California was given permission to hack into his school’s computer system as his class project. He did it so quickly that he was asked to help  in securing the system.

Find out more about the government’s search for “white-hat” hackers.

*In a shocking statement from Republican presidential nominee, Donald Trump, in July, 2016 follows:

“By the way, if they hacked, they probably have her 33,000 emails. I hope they do,” the GOP nominee told reporters, referring to Russia. He also addressed the country directly: “Russia, if you’re listening, I hope you can find the 33,000 emails that are missing.”

What do you think of a person seeking the highest office in the country, egging on Russia to engage in hacking into servers in the U.S.? Doesn’t that put our electrical grid, banking systems, water and power plants at extreme risk?