Can school officials take your cell phone and read your text messages?

A growing concern of students regards their privacy, if any, in text messages while at school.

In 2007 a security officer at Monarch High School in Colorado saw a 16-year-old sophomore smoking in the school parking lot. He was taken to the assistant principal’s office where he was told to turn over his cell phone because it was “a distraction.” His text messages were read and some of them transcribed and placed in his disciplinary file. This happened to a dozen other students as well. 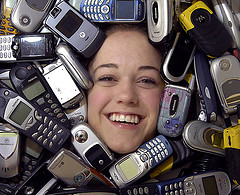 The students and their parents challenged the school’s  action. They claimed an invasion of privacy and that the seizure of the cell-phones was in violation of the Fourth Amendment since there was no suspicion of criminal activity.

The case was resolved in 2008. The school district agreed to limit their searches of text messages and get permission from the student or a parent before checking any messages. If a school administrator believes the text messages present an imminent threat to public safety, they can check them without permission.

This is an issue that hasn’t been ruled on by the courts. Most schools have cell-phone policies regarding use on campus and during class, but this goes further than mere possession.

Do you think you have any right to the content of your messages if you bring your cell-phone into the school? What about messages regarding criminal activity at school – drug deals, possession of weapons, gang activity on campus? Do school officials have an obligation to protect all students and staff from possible harm? Where is the balance between student rights and a safe environment at school?

See more about cell phone privacy issues and what David Beckham, Kobe Bryant and Monarch High School have in common. 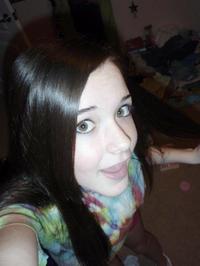 Update: It was reported in April, 2009, that 13-year-old Dena Christoffersen of Wyoming racked up a phone bill of approximately $4,750 for close to 20,000 text messages. Her family did not have a texting plan, but Verizon agreed to lower the bill to a reasonable level. Dena’s father took a hammer to her phone and she’s grounded for the rest of the school year.

In January, 2012, Pottstown Middle School in Pennsylvania banned fuzzy, open-topped boots (including Uggs) from the campus. Too many students were slipping their cell phones in their boots and the ringing phones during class were a distraction. Lace-up boots or ones that have a snug fit are allowed. A first and second violation carries detention time, while a third results in confiscation of the phone.