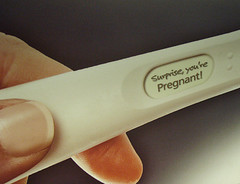 Update 2022:  On June 24, 2022 the U.S. Supreme Court vacated Roe v. Wade stating that the U.S. Constitution does not confer a right to obtain an abortion. The 6-3 decision held that the authority to regulate abortions is left to the states and elected representatives. Protests across the country erupted due in part to the majority position in favor of free choice in this personal matter. It is now up to individual states to recognize a right to abortion or ban the practice entirely.