Can you get in trouble for cross dressing at school? 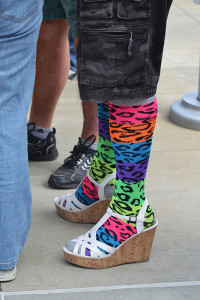 In recent years, school dress codes have come under attack while students cross dressing at school, girls wearing tuxes and boys wearing dresses to the prom and supporting LGBT rights and causes with shirts and accessories have gained popularity. Whether you can get in trouble for wearing something that violates your school’s sex-specific dress code is going to depend on a number of factors including the specifics of your case (what is being worn, when and where?), the school dress code and the laws in your state. 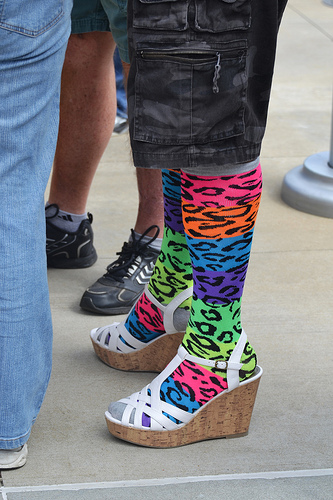 Generally, dress codes must be enforced equally and fairly against all students and not violate any constitutional rights such as the First Amendment freedom of speech or equal protection under the 14th Amendment. That being said, if the school believes that a student’s attire either infringes on the rights of other students or may materially or substantially disrupt the school environment, they may restrict the student from wearing such clothing.

Schools open the door to legal challenges when enforcing dress codes based on gender such as prohibiting boys (but not girls) from wearing earrings. Discrimination based on sex is illegal and this type of gender specific dress code could be thrown out in court if found to violate the Constitution or Title IX. However, some courts have found that such sex-specific distinctions are legal due to school concerns about safety, discipline, distraction from learning, and/or promoting community values. The setting and age of the students may be considered. Prohibiting boys from wearing dresses at school may be legally justifiable in an area where such cross dressing would substantially disrupt the learning environment. However, the same argument may be difficult to make and defend when restricting boys from wearing dresses to the prom where the learning environment is not an issue.

When a case goes to court, judges apply the Tinker test to determine if a student’s rights have been violated (did the outfit or conduct cause a substantial disruption of the school environment or was there a likelihood of such).  One court ruled that the school could not restrict a male transgender student (biologically male, but psychologically identifies as female) from wearing girls’ clothing to school as there was no evidence that his manner of dress caused a substantial disruption.*

If you are thinking about cross dressing at school or are curious about your school’s rules and policies, check your Student Handbook to see what it says about the dress code.

Update: In May, 2013, the American Psychiatric Association replaced its classification for transgender people as “gender identity disorder” with “gender dysphoria” reflecting a new understanding that one who identifies with one gender that doesn’t match your birth anatomy is not a mental illness. Over 600 colleges and universities in the U.S. have adopted nondiscrimination policies to cover gender expression. However, high schools and middle schools are struggling with these issues when it comes to locker rooms, bathrooms and athletic fields. California, Maine, Oregon and Massachusetts have made gains in this area.