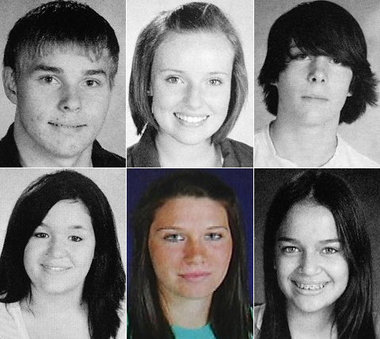 Six students at South Hadley High School in Massachusetts were charged in 2010 with a number of crimes surrounding the suicide of 15-year-old Phoebe Prince. Following months of traditional and cyberbullying, Phoebe hanged herself on January 14, 2010.

In May, 2011, agreements were reached with the prosecutor’s office, the six students, their lawyers and Phoebe’s family. Each of the students admitted enough to constitute a misdemeanor in place of the felony charges that were originally filed. The initial charges included statutory rape, violation of civil rights resulting in bodily injury, criminal harassment, and disturbing a school assembly. (Not all of these charges were filed against each student). They were sentenced during the same hearing which, for the most part, brings each of the cases to conclusion. However, as you’ll read below, if any of them fail to follow the terms of their sentence they will find themselves back before the judge. 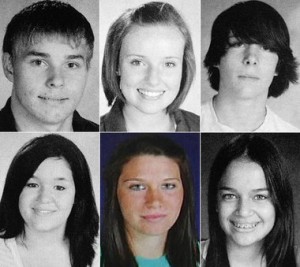 Sean Mulveyhill (age 18) admitted to one count of criminal harassment, a misdemeanor. He received one year of probation, 100 community service hours with at-risk and under-privileged youth, ordered to obtain his GED, no contact with the Prince family without their consent, and is prohibited from receiving any financial benefit from Phoebe’s passing.

Kayla Narey (age 18) admitted to one count of criminal harassment. Her sentence was the same as Sean’s except for the GED requirement.

Sharon Velazquez (age 17) admitted to one count of criminal harassment. She was ordered to complete 50 community service hours, no contact, no financial gain and is on probation until age 18.

Flannery Mullins (age 17) admitted to one count of violation of civil rights but not including the bodily injury part, thereby making the offense a misdemeanor, and one count of disturbing a school assembly. She was sentenced to 100 hours of community service, no contact, no financial gain and is on probation until age 19.

Ashley Longe (age 18) admitted to one count of criminal harassment and was sentenced to probation until she’s 19, 100 community service hours, no contact, and no financial gain from this incident.

Austin Renaud (age 19) was charged with one count of statutory rape. At the request of Phoebe’s family, the charge was dismissed.

Update: In July, 2011, defendant Sharon Velazquez spoke out for the first time on the Today Show. Watch her interview here:

See here for one of Phoebe’s memorial pages:  http://phoebe-prince.gonetoosoon.org/