Do students have a right to express themselves at school through music & art? 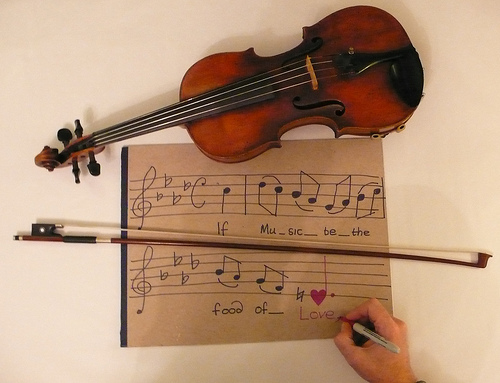 Are you at liberty in school to sing or write music using any words or phrases?  Does the method of communication give you more leeway in expressing yourself?  Is “music” speech and therefore protected under the First Amendment?

Courts have addressed these questions and determined that music, including purely instrumental music, is speech.  The U.S. Supreme Court held that “music is one of the oldest forms of human expression . . .and is protected under the First Amendment.” (1) The Court later stated that “the Constitution looks beyond written or spoken words as mediums of expression” and protects, for example, the “painting of Jackson Pollock, music of Arnold Schoenberg, or Jabber-wocky verse of Lewis Carroll.” (2) Both arts and entertainment constitute protected forms of expression including music without words. (3) 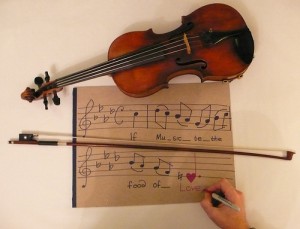 As applied to students, this means if your expression doesn’t cause a disruption at school or violate the rights of another, it’s protected speech.  For example, a violent rap song with lyrics about killing a teacher is not protected. Nor is a banner or theater production promoting drugs or weapons at school.

In September, 2009, a federal court ruled against a student at Jackson High School in Washington in a case involving a musical composition. Kathryn Nurre and her Wind Ensemble wanted to play an instrumental version of “Ave Maria” (which means “Hail Mary” in Latin) at her graduation ceremony.  Because the piece is best known as a Catholic prayer, she was denied her request by school officials.

Kathryn was told to select a secular number to perform, not one that had religious connotations. She sued the school district claiming censorship and a violation of free speech. The court upheld the school’s decision in its attempt to remain neutral with regard to all religions and not violate the Establishment Clause of the Constitution. The Establishment Clause prohibits government, including school districts, from endorsing, establishing or disapproving any religion.