“Don’t shoot” to celebrate the Fourth of July

Shannon was talking on a cellphone in her backyard in Arizona. The 14-year-old was struck by a bullet that fell from the sky.  An investigation showed it could have come from as far away as a half mile.  She died and no arrest was ever made.

Since Shannon’s death in June, 1999, her parents became active in educating the public about “celebratory shooting.”  Random shots fired into the air happen frequently around the 4th of July and New Years Eve.  At the time of Shannon’s incident, firing a gun into the air was a misdemeanor in Arizona. 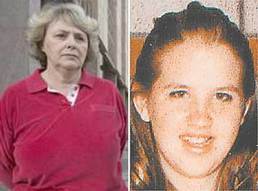 Her parents, Otis and Lori Smith, didn’t want her death to be in vain.  They set out to strengthen the law by contacting their legislators, the  governor and anyone who would listen.  Within a year Shannon’s Law was passed making the crime a felony.  The effort has paid off over the past ten years.  The number of shots-fired called in to the Phoenix Police department fell from 994 in 1999 to 403 in 2003.

Play it safe at all times.  Holidays are not a reason to lose your common sense.