Have you heard of “appearance discrimination?” 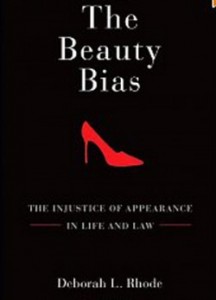 “The less attractive you are in America, the more likely you are to receive a longer prison sentence, a lower damage award, a lower salary, and poorer performance reviews.”*

A new book titled “The Beauty Bias” by Stanford law professor Deborah Rhode makes the argument that discrimination against unattractive women and short men is as pernicious and widespread as bias based on race, sex, age, ethnicity, religion and disability. 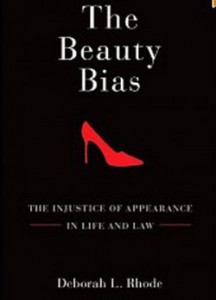 Professor Rhode cites some surprising research to prove her point.  College students told researchers that they’d rather have a spouse who is a drug user, shoplifter or embezzler than one who is obese.  11% of surveyed couples say they would abort a fetus that was predisposed toward obesity.

America is obsessed with beauty, diet and elective cosmetic surgery. In a recent case, a waitress in Michigan was fired for allegedly gaining a few pounds.  She is seeking compensation under the state’s looks-discrimination laws.  Several other jurisdictions have similar laws protecting individuals from this new form of discrimination.

Newsweek points out that appearance bias is a massive societal problem.  Laws against it won’t stop us from discriminating against those who are overweight, imperfect or aging until we accept ourselves as we are.  It’s what we hate most in ourselves that causes the bias against others.

Do you agree that appearance discrimination exists at your school or in your community?  Are we too judgmental about others based solely on the way they dress or about body-image?  How do you deal with friends who seem too critical of others?  Do you ever speak up or state your thoughts on the subject?

Update:  Timothy VanDerbosch was a 50-year-old high school teacher in Las Vegas, Nevada. On October 20, 2010 he was on his way to work when he was singled out by a gang who attacked him in a robbery spree. Two of the six assailants were 16 and one 19. Timothy attempted unsuccessfully to flee the area. He was pummeled and left unconscious. A car ran over him and he later died at a hospital. All six confessed to the crime stating he was selected because he was dressed nice and probably had money on him.