Is a life sentence for a 13-year-old cruel & unusual punishment? 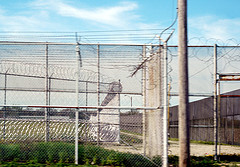 Joe Sullivan was 13 when he raped a 72-year-old woman in 1989.  He was sentenced in Florida to life without the possibility of parole.

Terrance Graham was 17-years-old and on probation for a number of crimes in Florida.  After committing a home-invasion robbery, he was also sentenced to life without release.  The U.S. Supreme Court will hear arguments in the Sullivan and Graham cases in November, 2009. 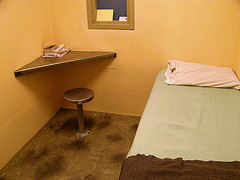 Since the Supreme Court decision in Roper v. Simmons in 2005, juveniles are no longer eligible for the death penalty regardless of the number or nature of their crimes.

Do you think that natural life without the possibility of release constitutes cruel and unusual punishment in non-homicide cases?  What do you think “cruel and unusual” means?  Can you think of any situation where such a penalty would be appropriate?

In the Simmons case, the Supreme Court stated that teenagers were immature, unformed, irresponsible, and susceptable to negative influences, including peer pressure.  Consequently, the death penalty was ruled inappropriate for minors.  Should the same reasoning apply to teens who commit crimes other than murder?

Some in favor of changing the law point to past offenders who have rehabilitated themselves: actor Charles Dutton who was convicted of manslaughter at 17; former senator Alan Simpson adjudicated as a juvenile for destroying government property; U.S. Attorney Terry Ray who was a violent repeat offender; and Detroit city council hopeful Raphael B. Johnson.

Update:  On May 17, 2010 the Court ruled that life without the possibility of parole for juveniles in non-homicide cases is  unconstitutional.*  The Court stated that “the limited culpability of such offenders, and the severity of these sentences all lead the Court to conclude that the sentencing practice at issue is cruel and unusual.”  They went on to say that “A life without parole sentence improperly denies the juvenile offender a chance to demonstrate growth and maturity.”

Life for Child Pornography: In a somewhat related case, some judges consider child pornography as serious as murder. Guevara Vilca was 26-years-old when he was caught with 454 photos of children on his home computer. The Florida resident had no previous criminal record. He was offered a plea bargain of twenty years in prison which he turned down claiming he didn’t know the images were on his computer. In November, 2011, Vilca was sentenced to life in prison without the possibility of parole. This raises the question of appropriate sentencing – penalties that fit the crime and the offender. Had Vilca actually touched a minor, his sentence would arguably been significantly less. What do you think? Should people who possess pornographic images of children or young teenagers be sent to prison for life?