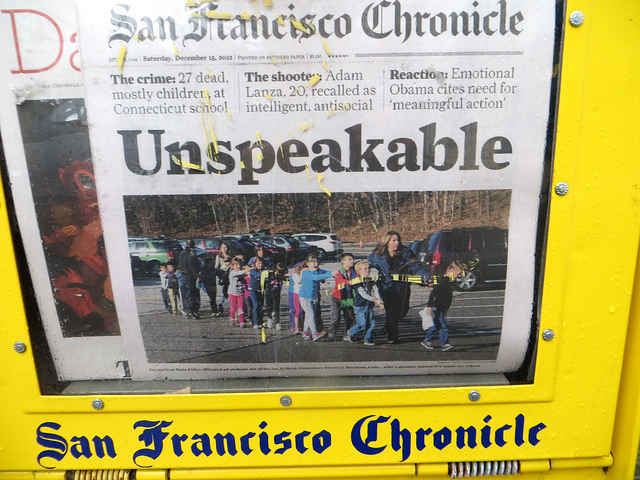 A simple question: what is more important to you: (1) your children/grandchildren and their grades at school and future, or (2) YOUR annual grade from the National Rifle Association?

Consider the following tragedies and what they have in common:

June, 2015:     9 shot to death during bible-study at a church in Charleston, South Carolina

December, 2012:     twenty 6 and 7 year-olds slaughtered in their classroom in Newtown, Connecticut

Each of these events involved a semi-automatic weapon with large ammunition clips for quick & easy reloading. Congressional inaction on sensible gun control over the past decade speaks for itself.

Have you considered the possibility of your family and friends coming under fire of a lone gunman with a high-powered rifle? Would that get your attention? Would that outweigh your quest for NRA campaign dollars? Or is your position in Congress more important than your kids and grandkids? Weren’t you sworn in to represent your constituents and their positions on matters of community concern? Isn’t it true that the majority of Americans support gun legislation – not elimination of the Second Amendment, but common sense regulation of weapons of war? It’s time to honor your oath of office.