One man’s journey through crime, drugs, schizophrenia and rehabilitation 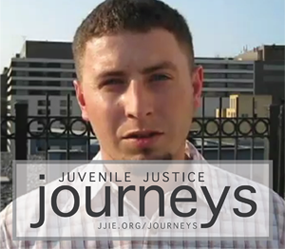 When Andrew Peterman of Idaho first came into the juvenile justice system at age 15, he did not know that schizophrenia was driving his anger, which in turn was resulting in arrests and illicit drug and alcohol usage. In time, thanks to juvenile detention and treatment for his schizophrenia he has been able to straighten out his life.

In fact, he has come so far on his journey that the Coalition for Juvenile Justice awarded him the 2011 National CJJ Spirit of Youth Award to “recognize and celebrate a young adult…who has made great strides through involvement with the juvenile justice system, overcome personal obstacles and is today making significant contributions to society.” In the video below by Leonard Witt, Peterman tells of his journey through crime, drugs, schizophrenia and rehabilitation. See the video below.

This post was originally published by Juvenile Justice Information Exchange. 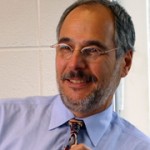 Leonard Witt is the executive director of the Center for Sustainable Journalism at Kennesaw State University, where he holds the Robert D. Fowler Distinguished Chair in Communication and was named an Eminent Scholar by the Board of Regents of the University System of Georgia in 2008. He was a journalist for more than 25 years, including being editor of Sunday Magazine at the Minneapolis Star Tribune, editor of Minnesota Monthly and executive director of the Minnesota Public Radio Civic Journalism Initiative.