“Schools are not constitutional dead zones” 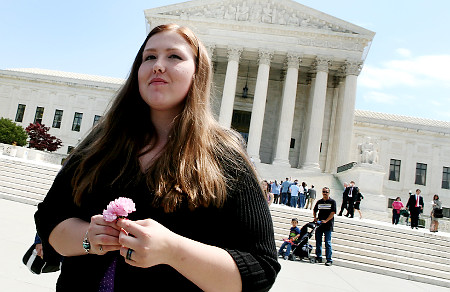 These are the words of Adam Wolf, the ACLU lawyer for Savana Redding referring to the Supreme Court’s decision on June 25, 2009.

The Court ruled in favor of Savana, the 13-year-old middle school honors student subjected to a strip-search at school in 2003. They found that the school’s conduct violated Savana’s 4th Amendment protection against unreasonable searches. 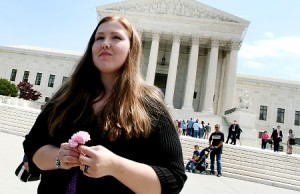 The assistant principal at Safford Middle School heard from another student that Savana might have ibuprofen pills at school. She was called to the office where a day planner lay open on the assistant principal’s desk. In it were several knives, lighters and a cigarette.

Savana admitted that the planner was hers but that she had loaned it to a friend a few days earlier. However, the items in it were not hers, nor did she know anything about pills that someone said she was giving out at school. Her backpack was searched and nothing was found.

Savana was then told to remove her clothes. In the presence of two female staff members, she undressed and was told to pull out her bra and elastic band of her underwear, exposing her private areas. Again, no pills were found.

Savana’s mother was not notified of the search before it happened or called to come down to the school. Even after the search when Savana was made to sit outside the office for two hours. Savana later stated she was embarrassed, humiliated and frightened. She never returned to the school.

The Supreme Court ruled 8 to 1 in Savana’s favor. Justice David Souter wrote the majority opinion for the Court. He spoke of “reasonable societal expectations of personal privacy.” He stated that a school official must have a “reasonable suspicion of danger” regarding the drugs and a belief that they could be hidden in a student’s underwear before making “the quantum leap from outer clothes and backpacks to exposure of intimate parts.” 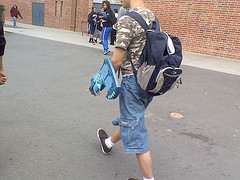 Based on several reports to the assistant principal about a party at Savana’s house, a school dance and a report from a friend of Savana’s that she obtained some pills from Savana, the Court found that the search of her outer clothing and backpack were justified. But there was no basis to go any further.

The lone dissenter was Justice Clarence Thomas who thought the decision would allow judges to second-guess school officials trying to enforce a drug-free environment and ensure student safety. He also expressed concern that now students would know where to hide contraband.

Do students have a right to personal privacy while at school? Can they prevent a teacher or administrator from searching their locker, car, or cell phone? Do teachers act as your parents when you’re at school regarding supervision and safety? Should they have the right to discipline you?

For more about these issues, see:  http://askthejudge.info/can-my-property-be-searched/44/

In April, 2012, the U.S. Supreme Court took up the issue of adult strip searches in jail. They ruled 5 to 4 that anyone arrested and taken to jail may be strip-searched regardless of the reason they were taken into custody. Justice Kennedy wrote the majority opinion stating that “Courts must defer to the judgment of correctional officers unless the record contains substantial evidence showing their policies are an unnecessary or unjustified response to problems of jail security.” This ruling does not apply to juveniles brought to detention upon an arrest. (Albert Florence v. Board of Chosen Freeholders of County of Burlington, April 2, 2012).