Should tanning salons be off limits to teens?

Restrictions on tanning for teens

In 2007, North Dakota passed a law prohibiting anyone under 14 from using a tanning salon. Older teens must have written permission from a parent or guardian.

At least two dozen other states have similar restrictions on teens tanning by artificial ultraviolet rays. You might look great after your session but the risk includes skin cancer, age spots and wrinkles. Recent studies show that your chances of getting melanoma increase 75% by using tanning lights before age 35. 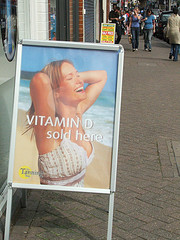 Some argue that, like tobacco and alcohol, salons should be regulated and put off-limits to teens. Others argue against more laws and government interference, favoring education over regulation. The World Health Organization wants to restrict tanning salons for anyone under 18.

Update: California is the first state in the country to completely ban minors from indoor tanning. The new law goes into effect on January 1, 2012.

What do you think? Do we need laws about everything? Or should common sense be given more credit? Are you going to intentionally put yourself in danger? If this issue was on your state’s ballot at election time, how would you vote?