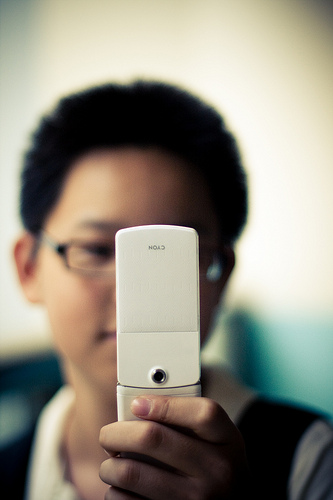 When N.N. was a senior at Tunkhannock High School in Pennsylvania, her principal took her cell phone and searched it.  He found nude pictures that N.N. had taken of herself and turned them over to the local prosecutor. [As a minor and due to the nature of the case, her full name has been kept confidential]. 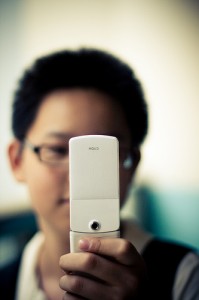 “Those pictures were extremely private and not meant for anyone else’s eyes. What they did is the equivalent of spying on me through my bedroom window.”  To avoid child pornography charges, she was required to take a five-week class on sexual violence and victimization. She was also suspended for three days.

In May, 2010, N.N., now 19, filed a lawsuit against the principal, school district, prosecutor and a detective.  She seeks unspecified damages and destruction of all images in the possession of law-enforcement officials.  She alleges an illegal search of her phone since there was no probable cause to suspect that she had violated a law or school rule.  She further alleges that her right to free speech was violated in being disciplined for images in her possession and that she had taken.

A similar lawsuit was filed in Mississippi by a middle school student in 2009.  Richard Wade was 12 when he looked at a text he received from his father during PE. The coach confiscated his phone and a search uncovered what the school interpreted as gang signs. Richard was expelled although explaining that he was simply dancing in his bedroom with a friend. Richard sued also claiming an illegal search of his cell phone and infringement of his free speech.

This is a new area of the law that remains to be decided by our nation’s courts.  The Fourth Amendment guarantees all Americans protection against unreasonable searches and seizures.  Applied to new technologies including cell phones, Blackberries, computers and the like will likely be in the courts for many years.

Does your state have a sexting law? Do you know what the penalties are and if they apply to you? Should there be a difference between possession of the cell phone with the photos and the receiver of a sext message? Do you think child pornography laws should include sexting? What about being required to register as a sex offender if convicted of sexting – is that necessary or going overboard?  Do you have any privacy on your cell phone as N.N. thought she had?

Update:  N.N. and the Pennsylvania school district settled the case in September 2010.  The school district admitted no wrongdoing, but agreed to pay N.N. $33,000.  In a related lawsuit against the District Attorney’s Office, the case is still pending and has yet to be settled.  The Pennsylvania School Board is working on guidelines to help deal with situations involving cell phones when they come up at the schools.

On November 1, 2010, a federal court dismissed Richard Wade’s lawsuit against the police officer involved and the City of Southhaven, Mississippi.  The court found no constitutional violations by the officer in searching Richard’s cell phone. The suit continues against the school district.