The administration at New Trier High School in Illinois was surprised to find that their 2009 yearbook included a picture of a beer can.

Apparently, after student-staffers obtained the approval of their faculty advisor, someone exchanged a photo before the yearbook went to the printer.  4,000 copies of Trevia were printed that included a photo of two girls hugging, one with a can of Pabst Blue Ribbon beer in her hand. 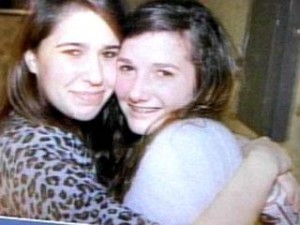 Once discovered, distribution of the yearbooks was stopped until a sticker could be placed over the unauthorized photo. The students responsible for the stunt were disciplined but no details have been released, including their names. The girl holding the beer can was not involved in the yearbook switch. If it could be proven that the can did in fact contain beer, she could be charged with underage possession of alcohol.

The school issued the following statement: “Clearly, the content of the picture and its inclusion in the yearbook are contrary to our principles and values as a school community.”

In another, 2009 yearbook stunt, a student at Shaker Heights High School in Ohio was in charge of designing the cover of Gristmill. He cleverly slipped some profanity into his design. The words were only visible by looking very closely at the cover upside down. It wasn’t detected until he bragged about it to friends and word got to one of the teachers. The unnamed artist accepted responsibilty for his deed. He wrote a letter of apology to the school community, paid restitution to the school district, and cleaned the art room for a week.

Although schools generally recognize freedom of the press and expression for students, do you understand the reason for censorship of offensive expression?

Do you think there should be no limits for student writers and performers?

Would your position be the same if you were the subject of a defamatory article in the school paper?

Under current laws, schools may censor offensive or inappropriate content in school publications including the school newspaper or magazine, yearbook and theatrical productions. The U.S. Supreme Court ruled on this issue in 1988 in Hazelwood v. Kuhlmeier, 484 U.S. 260.